Voters are souring on the Republican Party, and they place more trust in the Democratic Party when it comes to healthcare.

New polling from the University of New Hampshire has Bernie Sanders outperforming Hillary Clinton against the Republican field in the Granite State.

Good news: more of you think the notion pushed by the right that there is a War on Christmas is nonsense.

At a town hall meeting in Iowa yesterday, Hillary Clinton proposed plans that support the millions of families paying for, coordinating, or providing care for aging or disabled family members.

What do we want? Virginia voters leaning Republican, but support Democratic issues

The Virginia Sierra Club announced its endorsement of Angela Lynn for Delegate in the 25th District on Friday.

It’s starting to look like 2008 all over again for Hillary Clinton, who began the walkup to 2016 as the presumptive favorite to win the Democratic Party presidential nomination, and is now seeing her support eroding in the polls.

Democratic Party presidential nomination candidate Hillary Clinton is announcing a plan to allow students who pursue public service to graduate from an in-state public college without any debt. 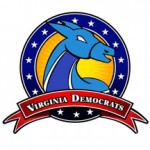 The Counties of Bath and Rockbridge, the Cities of Lexington and Buena Vista and those precincts of Amherst and Augusta Counties that lie within the 24th District will hold an assembled caucus beginning at noon, Saturday, May 23, at the Howard Johnson Inn, 2836 N. Lee Hwy., Lexington, to nominate a Democratic candidate for the 24th District Virginia House of Delegates.

Former U.S. senator and potential presidential aspirant Jim Webb told Iowa children’s advocates on Sunday in Mason City that the American political and economic system must create and expand new opportunities for working families to ensure that kids get an “equal shot” at success.

The annual federal budget debate typically doesn’t excite many folks outside the Washington beltway. And with good reason – the Republican budget process is intended to lull the public to sleep by staying short on details and long on damaging provisions that will hurt low-income and middle-class families.

Ellen Arthur, who is retiring after 35 years as a practicing attorney in Lexington and vicinity, will kick off her campaign for the Democratic nomination for the 24th District House of Delegates seat currently occupied by Republican Ben Cline on Thursday April 2 at 1 p.m. in front of the Augusta County Courthouse in Staunton, 1 East Johnson Street.

Of the few things in life that are certain, one is that the budget sent by a Democratic president to a Republican Congress is dead on arrival. It has become an American tradition.