Pitt dominated on the ground, gaining 210 yards and holding Virginia Tech to a season-low 26, and the Panthers held off a late Hokies rally to post a 21-16 win in ACC football action in Pittsburgh, Pa., on Thursday night.

Postgame: Inside the Pitt locker room after 24-19 UVA win

Highlights from interviews with Pitt coach Paul Chryst and Panthers players after the 24-19 win by UVA. 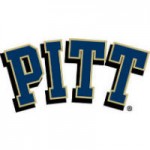 The Myrtle Beach Pelicans shut out the Salem Red Sox in the deciding game of the Southern Division championship series 5-0, to advance to the Mills Cup Championship against Potomac.

The Myrtle Beach Pelicans used a three run third inning to pick up a 4-1 victory over the Salem Red Sox in game two of the Southern Division Championship series Thursday night. The series will be decided in game three tomorrow night in Myrtle.

Lynchburg snapped its eight-game losing streak after claiming a rain-shortened victory against the Myrtle Beach Pelicans, 2-0 after six innings, in front of 3,975 fans on Fan Appreciation Night at Calvin Falwell Field.

Manuel Margot launched a three-run homer that broke a 3-3 tie in bottom of the third, opening the floodgates as the Salem Red Sox pounded Pelicans pitching for a season-high 21 hits in a 17-9 triumph on Saturday night.

The Salem Red Sox took a 4-0 lead after five and a half innings and held on the rest of the way for a 4-3 victory over the Myrtle Beach Pelicans at TicketReturn.com Field Friday night. 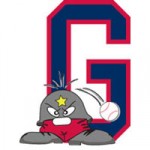 Six in the sixth lift Lynchburg over Myrtle Beach

The Lynchburg Hillcats rallied for six runs in the sixth inning in a 6-2 win over the Myrtle Beach Pelicans tonight. Jarett Miller surrendered two early runs but settled down to throw his sixth quality start in seven outings for Lynchburg.

The Lynchburg Hillcats snapped a five-game losing streak with a 7-1 win over the Myrtle Beach Pelicans tonight.

The Potomac Nationals (6-7) dropped the opening game of their series against the Myrtle Beach Pelicans (10-5) 4-2 on a sold out Independence Day extravaganza at Pfitzner Stadium. LHP Chad Bell (W, 3-0) allowed just two hits in five innings to earn the win for Myrtle Beach.

Coming off of a historical two-day stretch featuring back-to-back no-hitters by the Hillcats, Lynchburg did not fare as well against the Myrtle Beach Pelicans, falling by an 8-3 score upon their return to City Stadium Saturday night.

More than 80 Virginia religious leaders have signed a joint letter to world leaders, urging them to take more coordinated action to return more than 220 Nigerian girls who were kidnapped from their school by the terrorist group Boko Haram.