The GOP-majority Commerce and Labor Subcommittee #2 today killed three bills that would have raised the minimum wage in Virginia.

Senator Jeremy McPike’s bill to provide optional bonding for Class A and B contractors passed the Virginia Senate.

Economist: Farms have changed significantly over past three decades

Farm income is down, according to Dr. Bob Young, chief economist for the American Farm Bureau Federation.

Right-to-Work and the Apartheid state

There are plenty of reasons why people who believe in human freedom and free markets should oppose so-called “right-to-work” laws.

A Senate committee failed to pass two measures that would have seen an increase in Virginia’s minimum wage.

Shentel held its third annual holiday initiative, The Big Give, this past December and more than doubled the amount raised.

A new study has found that a genetic trait related to obesity may in fact make children more susceptible to unhealthy food commercials. 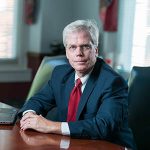 First National Corporation announced this week the appointment of Boyce Brannock to the Board of Directors of the Company.

Sterling dropped below 1.2100 in the forex market for the first time since October 2016 in the wake of the UK trade data.

No right to free water: Except for Nestlé

Former Nestle CEO Peter Brabeck is famous for denying that access to drinking water is a human right.

Five signs it is time to hire an accountant

If you are wondering whether you should hire an accountant for financial assistance, here are five signs that you should highly consider.

Psychologists are divided as to whether New Year’s Resolutions are helpful or not, but most of us keep making them.

Between technology, a new president and lots of shifts in the way we see cars, the year has definitely shocked a lot of people.

Tiller Strings is very involved in the local community, sponsoring live music and art events as well as nurturing the growth of strings education.

Disaster loans are available to small businesses and small agricultural cooperatives in Lee and Scott counties as a result of the drought that began on Oct. 4, 2016. 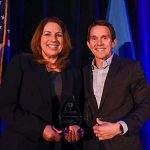 A recent study found that fear-based messaging tactics have led to a decline in produce consumption among low-income shoppers.

Five things that people usually do for receiving high profit

Every second American have thought on gaining a fortune without lifting a finger. Hundreds of financial coaches all over the country assure us they know secret loopholes that can generate us huge profits.

The Center for Business Intelligence and Analytics at Virginia Tech is partnering with Berico Technologies, Amazon Web Services.

Virginia consumers need to be aware of their rights as Black Friday approaches and the holiday shopping season begins.

What you need to know about business dispute lawyers

You had a partnership with a prominent business corporation that you trusted and relied on.

MAXIMUS will invest $1.87 million to establish a customer support center in the City of Hampton.

Virginia wheat and barley production down in 2016

Virginia farmers harvested 9.28 million bushels of winter wheat during the summer of 2016 according to the USDA National Agricultural Statistics Service.

The number of students attending traditional colleges to obtain an MBA degree has fallen over the last two years.

New Virginia Scaling4Growth is a program to assist Virginia small businesses in achieving growth and reaching their next level of success.

The importance of employee ownership

Labor Day is a time for us to celebrate the workers who make our economy grow – the people without whom businesses could not survive and thrive.

Virginia will invest $850,000 over the biennial budget to expand its international trade initiatives promoting Virginia’s agriculture and forestry products.

Following a jury trial in the United States District Court for the Eastern District of Pennsylvania, Dominion won a jury verdict against Alstom Grid, Inc.

SANJO Corte Fino, a manufacturer based in Barcelona, Spain, will invest $17.5 million to establish its North American headquarters in Virginia Beach.

Three questions to answer before doing an MBA

Taking an MBA course can be a seriously important decision to make, and can be your ticket to a whole wealth of new opportunities.

There are a lot of things that you need to consider in order to prepare your business for success in the present.

If children are influenced by the books they read, then conveying accurate information about agriculture has never been more important.

National Dairy Month is a time to recognize their efforts to ensure that the milk they produce is safe.

When it comes to raising corn, Virginia is not a major player on the national stage. But corn exports from the Old Dominion are still important.

Grant Thornton to invest $15.75 million to expand in Northern Virginia

Grant Thornton LLP, a leading U.S. professional-services firm, will invest $15.75 million to grow its presence across the Northern Virginia region.

Virginia unemployment rate lowest since May 2008

Virginia’s seasonally adjusted unemployment rate is now at 3.8 percent—the lowest rate since the May 2008 rate of 3.8 percent.

The Department of Labor and the Virginia Employment Commission signed an agreement intended to protect employees’ rights.

Amazon Web Services, Inc. (AWS) has agreed to participate as a Platinum Sponsor of the MACH37 Cyber Accelerator program.

Alcoa will invest more than $8 million to expand its aerospace forging capabilities at its manufacturing operation in Henry County.

Augusta Health employees give back to community

During the recent employee campaign for the Augusta Health Foundation, employees donated $104,489 to patient programs and funds.