Suzi Foltz: I must have a friendly face

Front Page » Sports » Suzi Foltz: I must have a friendly face 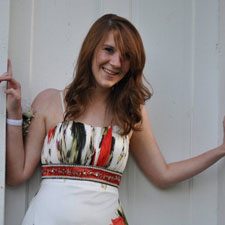 Okay, so you’re driving in your car by yourself. It’s been a long day. A song you like has just come on the radio and there are no other cars around. What are you going to do? You’re going to blast the volume up about ten notches and sing along. At least that’s what you do if you’re a teenager, but I assume it works for all age categories.

Needless to say, yesterday when I was driving to pick up a friend and I heard a song that I was rather fond of; I turned my volume from a rather quiet 15 to about 30. I was stopped at a red light on Tinkling Springs Road, alongside Eaver’s Tire in Fishersville.

At this point there was some definite head shaking going on and knowing my stupidity, there was probably some hand motions as well. During the course of my routine I happened to look over and see and older man in a pickup truck in the lane next to me staring right at me.

More than this, he had his window down and could probably hear my music; though I doubt he’d recognize the song. It took me several seconds to realize that he was actually talking to me. I turned down my music to silence, rolled down my window, and asked him to repeat himself.

He asked if the road we were on would get him to the interstate. Yes, it would. He looked at me another second; probably debating my intelligence and elaborated his question saying Interstate 64, the one that would take him over the mountain. Yes, it still would. My intelligence probably should have been debated though; I hand been seat-dancing just seconds before.

Encounters like this don’t happen to me very often. Most people these days have GPS’s or don’t trust random people enough to ask for directions at a stoplight, especially teenage girl drivers (we have a bad reputation). However, this same situation was repeated again today.

On my way to the office, I was blasting my radio to shake off any remaining sleepiness. Different genre, different song, same scenario. I was stopped at the red light by El Puerto when I happen to notice another older man sitting in the car next to me staring at me. Already anticipating what would happen I turned down my music and began to roll down my window.

The man asked me how to get to Hardee’s. Although, he had a smooth drawn out southern accent that made it sound more like Haaaardee’s. I told him to stay on 250 a bit longer; it was coming up on the right and then drove on when my light changed.

I don’t get asked for directions that often. People know I’m not good at giving them. I have lived in the area for most of my life, about 16 years of my almost 18 years, but my instructions are sometimes messy. Most people like hearing street names rather than that road with the big tree on the corner, or that road by the restaurant that was an Italian restaurant and then wasn’t. Or they want an exact exit number, rather than “well, I think it’s 94. There’s a Home Depot…”

I reckon I just have a friendly face that looks like it knows where it’s going.

Suzi Foltz is an AugustaFreePress.com intern and a senior at Wilson Memorial High School.