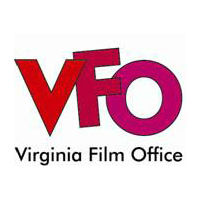 Gov. Ralph Northam announced today that the Focus Features production, Harriet, will film in Central Virginia this fall. It will be the first feature-length film to tell the story of heroic abolitionist and Underground Railroad conductor Harriet Tubman.

The film chronicles the life of abolitionist Harriet Tubman, who was born into slavery and later helped hundreds of people escape captivity via the network of safe houses and secret routes known as the Underground Railroad.

“We are delighted to welcome Harriet to Virginia and look forward to providing the backdrop for this groundbreaking project, which will play a key role in bringing the powerful story of an iconic American heroine to life,” said Governor Northam. “Harriet presents a tremendous economic opportunity for the Commonwealth both during filming and beyond, thanks to the impressive exposure a film of this scope and profile offers. We are confident this project will help pave the way for future industry growth and continue to point a powerful spotlight on all Virginia has to offer.”

“The Commonwealth’s film production industry is a fast growing sector of the Virginia economy with an annual total economic impact of almost $697 million, supporting nearly 4,300 full-time equivalent jobs and providing more than $27 million in state and local taxes in 2016,” said Secretary of Commerce and Trade Brian Ball. “Virginia is an ideal destination for both filmmakers and history lovers, and we know that Harriet will find a perfect home here in the Commonwealth.”

“Tubman’s courageous life and the scope of her bravery is truly made to be told on the big screen. The countless lives she saved, during a time of such hatred and danger to herself, can be described only as heroic,” said Focus chairman Peter Kujawski. “We’re thrilled to be working with this incredibly talented group of filmmakers led by Kasi, Debra, Daniela, and Greg and this multi-talented group of actors in bringing Tubman’s life to film.”

“Harriet’s choice to film in the Commonwealth means high-paying jobs for Virginians and a powerful contribution to our economy,” said Director of the Virginia Film Office Andy Edmunds. “Uniquely, it also gives Virginia the truly special opportunity to work alongside exceptional filmmakers on the first feature length film to tell the story of a remarkable woman and human rights icon whose fearlessness and tenacity bettered the lives of thousands of Americans. We are honored to have Harriet call Virginia home, and look forward to hosting this talented team.”

Harriet is eligible to receive a Virginia film tax credit and grant. The exact amount will be based on the number of Virginia workers hired, Virginia goods and services purchased, and deliverables including Virginia tourism promotions.

The Virginia Film Office is part of the Virginia Tourism Corporation, the state agency charged with marketing the state of Virginia. Tourism is an instant revenue generator in Virginia. In 2017, visitors spent $25 billion, supporting 232,000 jobs and contributing $1.73 billion in state and local taxes.