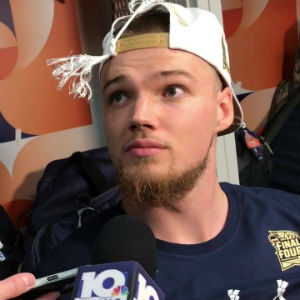 Jack Salt will play for the Phoenix Suns summer league team, becoming the fourth member of the 2019 UVA national championship basketball team headed to the NBA.

The undrafted free agent center from New Zealand averaged 3.7 points and 3.7 rebounds per game for Virginia in 2018-2019, shooting 60.2 percent from the floor.

A defensive specialist, the 6’10” Salt started 106 games over the past four years at UVA, which compiled a 118-25 record in his four seasons on Grounds.