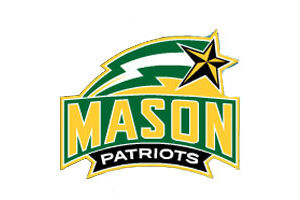 Former George Mason guard D’Shawn Schwartz has will compete in the NBA Summer League this July as part of the New York Knicks roster.

Schwartz and the Knicks will suit up in Las Vegas beginning on July 8.

“D’Shawn is so deserving of this opportunity,” George Mason head coach Kim English said. “We are excited to follow his professional journey and are happy it’s starting with a storied franchise like the New York Knicks. D’Shawn will make Mason Nation very proud.”

The Knicks open the summer league slate on July 8 with an 8 p.m. (ET) contest against the World Champion Golden State Warriors.

The Colorado Springs, Colo., product excelled for the Patriots this past season while ranking sixth in the A-10 in scoring in league games (16.8 ppg). In overall contests, he was third in the league in 3pt FG percentage (.380) and sixth in 3pt FG made/game (2.53). He tallied nine 20+ point efforts and 22 with 10+ points, while registering double figure scoring totals in 14 of 16 A-10 contests. His 76 3-pointers made on the year ranked seventh-most in Mason single season history.