Fralin Museum of Art adds significant works to its collection 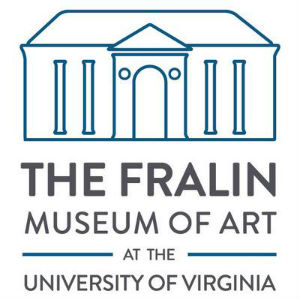 The Fralin Museum of Art at UVA has been thoughtfully and strategically adding works of art to the permanent collection. Recently acquired works range from oil on canvas to etchings, and from photography to a 126-page artist magazine.

Bona II, Charlottesville, Virginia, by Zanele Muholi joins the collection and goes on view as a part of the upcoming exhibition Otherwise this August. Muholi is a non-binary South African artist and visual activist who, for more than a decade, has documented black lesbian, gay, bisexual, transgender and intersex people’s lives in various townships in South Africa. In their recent ongoing series, Somnyama Ngonyama (Hail the Dark Lioness), Muholi becomes both the participant and the image-maker. Muholi has won numerous awards including the ICP Infinity Award for Documentary and Photojournalism (2016), and Africa’Sout! Courage and Creativity Award (2016).

Brooklyn-based Martine Gutierrez’s 126-page magazine and C-print of the cover, Indigenous Woman, also enters the collection this year and will be on view as a part ofOtherwise. Gutierrez investigates identity – both personal and collective – in this recent project. The work is a fictional fashion magazine where she plays the roles of model, photographer, stylist, designer and make-up artist deconstructing the legacy of fashion magazines that celebrate cis, white supermodels and actresses. She was recently selected to participate in the 2019 Venice Biennale’s central show, “May You Live in Interesting Times,” and her work was featured on the cover of Artforum’s January 2019 issue.

These two works are particularly poignant additions to the collection as they represent the first non-binary and first transgender Latina contemporary artists, respectively, accessioned into The Fralin’s holdings.

Blind Contour, a large-scale abstract oil on canvas by contemporary artist Suzanne McClelland was given in honor of past University President Teresa Sullivan. The work was graciously offered by alumna Sue Scott Stanley. A champion of female artists, Scott earned her Master of Arts in art history from UVA in 1980 and owned Sue Scott Gallery in New York City from 2008-2012. She currently works as an independent curator and writer and co-authored the award-winning books After the Revolution: Women Who Transformed Contemporary Art and The Reckoning: Women Artists of the New Millennium. This painting represents the second of McClelland’s work in The Fralin collection. One of the leading artistic voices in contemporary art today, McClelland has exhibited at The Whitney Museum, the 2014 and 1993 Biennials, and The New Museum, among others.

Two Native American works also enter the collection. Rick Bartow (Wiyot) was one of the most significant Native American contemporary artists of the latter part of the 20th century. Salmon Boy fits within his oeuvre, recognizing human-animal transformations and the ecological and metaphysical interdependence of species. Bartow often paid respect to the work of other artists, giving a nod to Leonardo Da Vinci’s Vitruvian Man in this work. Bartow loved handmade paper, and this editioned print reflects his long collaboration with Japanese master printer Seiichi Hiroshima.

The second work is a seed jar decorated with geometric seeds and dragonflies by Debbie Clashin (Hopi Tewa), who learned to make pottery in the traditional way from noted Hopi artists Dianna Tahbo and Mark Tahbo. Clashin’s pots are hand coiled, rock-polished, hand painted with a yucca brush and open fired with sheep dung. Her work has been noted for skill of form and control of design. She has been awarded the Helen Naha Memorial Award, SWAIA Santa Fe Indian Market 2016; First Place for Utilitarian Pottery, SWAIA Santa Fe Indian Market 2015; First Place, Annual Hopi Show, Museum of Northern Arizona.

In the Fall of 2017, The Fralin received a promised collection of important Gandharan sculptures, the first of which to join the collection is a Buddha, from the estate of Alan D. and Anne K. Wolfe. Ancient Gandhara controlled the route through which South Asia connected to the Silk Road trade routes that linked Asia with the West. This is reflected in decidedly Western influences and themes in the sculpture of the region, noticeable especially in the hairstyle, the contrapposto of the figure and the naturalistic play of the drapery folds across the Buddha’s monastic robe. His left arm is broken off below the elbow. Though his right shoulder and arm are largely gone, what remains indicates that his hand was raised in the gesture of granting the viewer freedom from fear. His flowing hair is gathered in a western-style chignon, representing the cranial protuberance that is a sign of Buddhahood, while two figures in the base kneel before a shrine.

About The Fralin Museum of Art at the University of Virginia

Established in 1935, the University of Virginia Art Museum became The Fralin Museum of Art in 2012, in honor of a bequest of American art and service to the University by Cynthia and W. Heywood Fralin. The Museum maintains a collection of nearly 14,000 works of art, including American and European painting, works on paper and sculpture from the 15th through the 20th centuries; art from the ancient Mediterranean; Asian art; and Native American art.

Housed in the historic Bayly Building near the Rotunda on the landmark UVA Grounds, The Fralin is dedicated to serving the widest possible audiences and engaging comprehensive visual education to enhance its visitors’ understanding of world cultures. Throughout the year the Museum presents a diverse selection of exhibitions, programs, research and events that bring the University and broader community together.