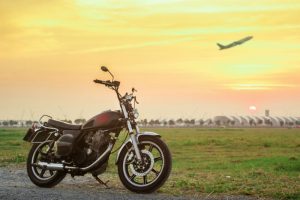 Twenty-six motorcyclists have died on Virginia roadways so far this year, and as the summer season nears, the Virginia DMV urges motorcyclists – and motorists – to travel with caution.

Over the past five years, May through August have proven to be a deadly span of months for motorcyclists in Virginia. About half of the motorcyclist fatalities in that time frame occurred during those four months.

“Traveling by motorcycle is a fantastic way to see the Commonwealth, but only if you travel with safety at the forefront of your mind,” said DMV Commissioner Richard D. Holcomb, the Governor’s Highway Safety Representative. “Do everything you can to protect yourself by wearing all appropriate safety gear, staying alert, following posted speed limits, and brushing up on your skills by participating in the Virginia Rider Training Program.”

The Virginia Rider Training Program offers motorcycle classes for both beginning and experienced riders. Classes are taught by certified motorcycle and safety instructors and are offered throughout the state.

“Motorists also need to do their part,” Commissioner Holcomb continued. “Motorcycles are much smaller than automobiles and can be harder to see. It’s important to keep a lookout for motorcyclists on the roadways and to give them plenty of space to operate safely.”

Tips for Other Motorists