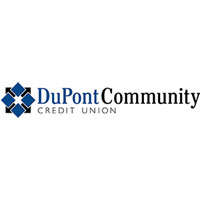 DuPont Community Credit Union continued to demonstrate the availability of credit by once again growing total loans for the fourth quarter for 2010 compared to the same period for 2009.

DCCU also reported that the credit union’s equity or net worth ended the fourth quarter at $67.7 million, signifying its continuing soundness. In addition, it maintained the designation as “well-capitalized” by the National Credit Union Administration (NCUA), the highest designation. NCUA is the federal government regulator of credit unions.

DCCU is a not-for-profit, full-service financial cooperative organized to serve the ever changing financial needs of all the members who own it. The Credit Union operates nine branches in the Central Shenandoah Valley region. For more information visit our website at www.mydccu.com.