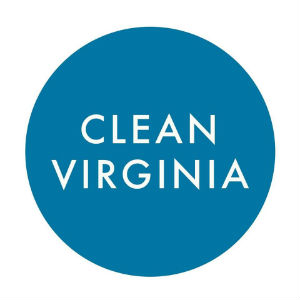 Confronting the dominant financial influence of Dominion’s executives, lobbyists and allies on Virginia’s representatives, Clean Virginia will shine a light on the price of legalized corruption in terms of lost jobs, lost business opportunities, and lost rebates in past overcharged electric bills, totaling up to $1 billion.

Dominion Energy has spent over $11 million on political donations in the past decade, making it the largest corporate contributor to both Democrats and Republicans. Dominion’s stranglehold on the General Assembly has eroded our democratic process, as legislators beholden to its financial support fail to protect Virginians from electric overcharges, a lack of economic competition and environmental hazards. Virginia ranks 37th in the nation in renewable energy production and 29th in energy efficiency, as Dominion Energy works to block or delay policies that would create job growth and reduce carbon emissions.

Over the past year, citizens across the political spectrum have been demanding change so that consumers get a fair deal. Building on this momentum, Clean Virginia calls on state leaders to refuse donations or gifts from Dominion’s executives, lobbyists or PACs. Clean Virginia will ensure financial support for any sitting Delegate ($2500 per year or $5000 per cycle) or Senator ($5000/year or $20,000 per cycle) who signs on to the Clean Virginia pledge. This is the largest such commitment ever made to level the playing field for Virginia consumers.

“This is just common sense. As a Virginia businessman, I am deeply troubled to see Dominion and its allies pass sweetheart deals that cost consumers money and send business opportunities fleeing to our neighbors,” said Michael Bills, Chair and leading donor of the Clean Virginia Project. “I am putting my money behind my principles that corruption should not be legal here any longer and that Virginians should no longer have to pick up the tab for backroom deals like the one Dominion and its allies are trying to ram through our legislature.”

“The financial support levels the playing field, but our path to victory comes from giving Virginians the facts about how Dominion and its allies are costing us jobs, money, and community control. We are going to ensure that every civic group in every district understands the facts and demands reform,” said Rev. Dr. Veronica Coleman, Co-chair of Clean Virginia and Past President of Interdenominational Ministers Conference of Virginia Beach. “That includes Dominion’s plans to take family farms and public lands for a for-profit pipeline, abandon toxic coal ash in unlined pits and destroy scenic and historic landscapes along the James and Rappahannock Rivers.”

Dominion’s current legislative gambit would have the utility pocket most of the $500 million it has overcharged customers since 2015, and would further erode the State Corporation Commission’s authority to ensure that the monopoly utility charges ratepayers fairly. Clean Virginia challenges members of the General Assembly to defend consumers by pushing for a bill this session that would refund ratepayers 100% of what they are owed and remove provisions that allow Dominion to double-charge customers for new infrastructure projects. Instead of allowing Dominion to make Virginia the only state in the country where a monopoly utility determines the future of the grid, our representatives should push for upgrades and modernization with community input and independent oversight.

“We are glad to see that the tide is turning from monopolies towards consumers, but when they take $100 out of the pocket of a Virginia family and give them $20 to make things right, they should expect us to fight back rather than offer thanks,” added Rev Dr. Coleman.

“Democrats and Republicans should represent their constituents and not powerful corporate interests, and Clean Virginia will be holding them accountable if they don’t,” said Bills. “It’s time for change in Virginia.”

The text of the Clean Virginia Pledge is as follows:

“I will take no money or gifts from Dominion Energy or its Political Action Committees (PAC), lobbyists or executives; and will divest from any personal stocks or investments in Dominion Energy.”