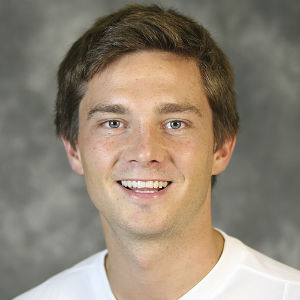 A two-year team captain, Bird played 73 career matches at Virginia, including 69 starts. Bird was a two-time All-American, picking up third-team honors during the Cavaliers’ NCAA College Cup season in 2013 and then nabbing second-team laurels in 2014 as UVa went on to win its seventh national championship following a penalty-kick shootout against UCLA.

Bird was the Cavaliers’ first two-time All-American since Nico Colaluca in 2004 and 2006. He is the first Cavalier selected in the draft since Hunter Jumper was a second-round pick of the Chicago Fire in 2012.

After suffering a serious knee injury midway through his freshman season, Bird bounced back with a vengeance. He started all 21 games in 2012 as the Cavaliers reached the second round of the NCAA tournament. In his first year as team captain, Bird led UVa to a 13-6-5 record, the ACC Championship game and an appearance in the NCAA College Cup. Bird led UVa in scoring in 2014 and was a First-Team All-ACC selection as the Cavaliers won the national championship.