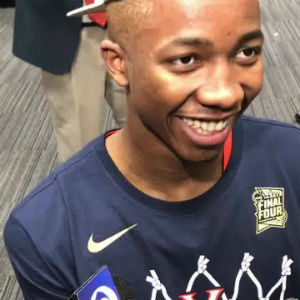 Under new NCAA rules, Diakite can sign with an NCAA-certified agent, receive feedback and still return to UVA. The Virginia coaching staff will be involved throughout the process.

Diakite enjoyed a breakout season in 2018-19, averaging 7.4 points, 4.4 rebounds and 1.7 blocked shots. He averaged 10.5 points, 8.2 rebounds and 2.7 blocked shots during the NCAA Tournament. Diakite sank the dramatic game-tying jump shot with 0.1 seconds remaining in regulation during Virginia’s 80-75 overtime win against Purdue in the Elite Eight. Diakite was named to the NCAA All-South Region Team, and his 63 blocked shots rank sixth on UVA’s single-season list.

“Like Kyle (Guy), Mamadi is taking advantage of the new NCAA rules to make the best decision for himself and his family,” head coach Tony Bennett said. “Mamadi really improved this season and became a reliable defender, rim protector and interior scorer. We will support Mamadi throughout the process.”

Under newly adopted NCAA rules, college players are allowed to retain the services of an agent during the evaluation process. If they choose to return to school, they must end the relationship with the agent and they will not lose any eligibility.

“I would like to thank God for the opportunity to play this game at such a prestigious university,” Diakite said. “I have grown so much from my first day on Grounds both on and off the court. I would like to announce my intentions to declare for the NBA Draft. This process will allow me to test the waters, get valuable feedback and participate in the pre-draft process. Regardless, I know that UVA will always hold a special place in my heart.”

Diakite is the fourth player from the national-champion Cavaliers to declare for the 2019 NBA Draft, joining redshirt sophomore guard De’Andre Hunter (Philadelphia, Pa.), junior point guard Ty Jerome (New Rochelle, N.Y.) and junior guard Kyle Guy (Indianapolis, Ind.). Hunter and Jerome plan to remain in the draft, while Guy is leaving open the option to return for his senior season.