The CSPDC announced the completion of several key milestones since assuming the administration of the BRITE Bus Transit System several years ago.

Travel media from around the world visit Shenandoah Valley 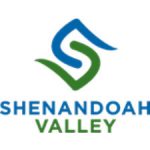 The Shenandoah Valley Tourism Partnership has unveiled its new marketing partnership and message. 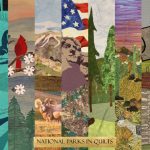 Shenandoah National Park is displaying 13 art quilts created to celebrate the centennial of the National Park Service from through October 24.

A new study shows that spring is beginning earlier than its historical average in 75 percent of the national parks examined.

A series of special National Park Service ranger programs and other events highlight various stories related to the history of the Shenandoah Valley.

Cedar Creek and Belle Grove National Historical Park and its partners will offer a series of special programs on the history of the Shenandoah Valley.

Bike Virginia 2016 will visit the communities of Woodstock and Harrisonburg June 24-29.

The Shenandoah Valley Small Business Development Center is bringing last year’s popular Business of Food Conference back to the region.

The Rocky Mtn Fire has grown to 7,935 acres with 40 percent containment, according to an update Friday morning.

Nexus Services, Inc. and its subsidiary Libre by Nexus, have awarded $350,000 in college scholarships to three Shenandoah Valley students.

The Wild Geese Baroque Ensemble will present a benefit concert for the Shenandoah Valley Bach Festival in Harrisonburg on Sunday, April 17.

Bed and breakfasts association has new website produced by AFP

Bed and Breakfasts of the Historic Shenandoah Valley has a new website produced by Augusta Free Press.

Weather challenges and unchecked predators are limiting the growth of Virginia’s small trout farming industry, according to one trout farm operator.

VDOT: Most roads in minor condition in Shenandoah Valley

Light snow continues to fall in the Shenandoah Valley leaving an inch or two in most areas. Roads throughout the area are in minor condition.

Snow has ended in the Shenandoah Valley. Light sleet has been falling for most of the afternoon with rain forecasted to begin around midnight.

VDOT: Snowy roads in Shenandoah Valley, ice on the way

Most roadways in the Shenandoah Valley and Alleghany Highlands are snow covered as of late Monday morning.

A potpourri of winter weather is forecasted to arrive in the Shenandoah Valley on Valentine’s night.

U.S. Sen. Mark R. Warner will kick off five days of travel throughout the Commonwealth for a series of meetings and discussions.

The Zika virus, declared a global health crisis by the World Health Organization this week, could eventually show up in the Shenandoah Valley. 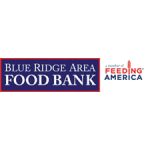 Food Bank asks public to sign pledge to volunteer in 2016

The Blue Ridge Area Food Bank hopes the community will help make the year better for the 146,000 people struggling with hunger in the Blue Ridge region.

VDOT continues the work of plowing thousands of miles of Shenandoah Valley roadways that were covered in 18 to 36 inches of snow.

Motorists traveling tonight in the Shenandoah Valley should be alert for roads refreezing, and areas of frozen slush or ice.

Shenandoah Valley Project Impact issued a comprehensive report showcasing what it has accomplished since its inception.

Road conditions in the Shenandoah Valley are steadily improving, thanks to Sunday sunshine and the continuous efforts of crews and VDOT contractors.

VDOT: Public should refrain from all travel in Shenandoah Valley

VDOT is asking the public to refrain from all travel while plows continue to clear roads throughout the night and on Sunday.

Dangerous driving conditions persist in the Shenandoah Valley this afternoon, despite around-the-clock snow removal operations by VDOT and its contractors.

VDOT: Stay off the roads in the Shenandoah Valley tonight

The Virginia Department of Transportation is advising that all travel throughout the Shenandoah Valley should be avoided tonight.

Latest: National Weather Service forecasting up to 30 inches of snow

The National Weather Service has issued a Winter Storm Warning for the Shenandoah Valley and Central Virginia beginning at 8 a.m. Friday.

A Winter Storm Watch is in effect for the Shenandoah Valley and Central Virginia with a possibly historic snowstorm headed our way on Friday.

Massanutten Resort, a four-season resort located outside of Harrisonburg, in the Shenandoah Valley, announced that it is now a 100 percent employee-owned company.

VDOT is ready to respond to snow showers and high winds that are forecast for parts of the Shenandoah Valley Tuesday afternoon into Wednesday morning.

At a Death Cafe people drink coffee and tea, eat cake (or cookies), and discuss death in a relaxed group discussion. With the participants setting the agenda and direction of the conversation,

The Blue Ridge Area Food Bank is calling on residents in Central and Western Virginia to consider joining #GivingTuesday, a movement to celebrate generosity and encourage philanthropy.