Ohio State was getting everything it wanted, and more, and sixth-ranked UVA seemed to have no answers.

Down 16 in the first half, #6 UVA rallied for a 63-61 win over Ohio State Wednesday night in the ACC-Big Ten Challenge. 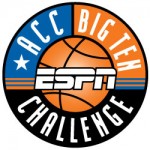 VMI basketball falls on the road at Ohio State

The Virginia Tech Police Department confirms the arrest of a suspect accused of selling counterfeit tickets outside Lane Stadium at the Sept. 7, 2015, football game against Ohio State.

Inside the Numbers: #10 Virginia guts out win at Ohio State

Tenth-ranked Virginia wasn’t the offensive juggernaut it had been this season without starting point guard London Perrantes, but the Cavs can always play defense. 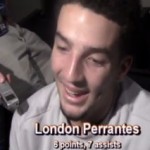 Virginia junior guard London Perrantes (Los Angeles, Calif.) has been ruled out for No. 10 Virginia’s Big Ten/ACC Challenge game at Ohio State on Tuesday (Dec. 1) after having an appendectomy on Sunday (Nov. 29).

Wrestling: No. 23 Virginia drops dual meet at No. 5 Ohio State

Top-ranked Ohio State rallied from a 17-14 halftime deficit with four second-half touchdowns, aided by an injury to Virginia Tech starting quarterback Michael Brewer, en route to a 42-24 win over the Hokies on Monday night.

Ohio State coach Urban Meyer said Monday that he will not name a starting quarterback until the day of the Buckeyes’ season opener at Virginia Tech on Sept. 7.

Virginia Tech has played plenty of big games at Lane Stadium over the years. But does it get any bigger than the defending national champ on Labor Day night? 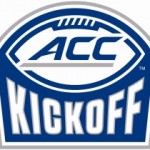 We’re not even 24 hours past Ohio State winning the first College Football Playoff championship, and already the question is: can the Buckeyes repeat in 2015-2016?

Frank Beamer is Virginia Tech football, and thus is the linchpin of the school’s overall marketing efforts, not just for sports, but for everything that matters. Odd, then, that he would need a vote of confidence on a random Saturday in January from his AD after a couple of subpar seasons.

Former Virginia Gov. Bob McDonnell will be sentenced next week on convictions in his 2014 corruption trial. The one-time rising Republican star faces a decade in prison, but will McDonnell really get that much time? AFP editor Chris Graham and host Jim Bresnahan discuss the McDonnell sentencing on WREL-1450AM.

When Alabama went up 21-6 in the second quarter against Ohio State in the Sugar Bowl late Thursday night, it looked like we were on our way to a one-versus-two final that we could have just avoided if not for the push toward four-team playoff.

We’ve seen this play out before. Ohio State runs through the Big Ten like a knife through melted butter, then matches up with an SEC team in the postseason, and turns into melted butter.

Augusta Free Press editor Chris Graham joins host Jim Bresnahan on WREL-1450AM in Lexington, Va., to talk sports, with a focus this week on getting an early look at the four-team college football playoff.

Junior guard Andre Nation scored a game-high 15 points in his return for JMU, but 16th-ranked Ohio State used a balanced attack to earn a 73-56 victory in the Buckeye Classic on Friday afternoon at Value City Arena.

Virginia Tech football coach Frank Beamer wouldn’t concede that he thought he was headed into a rebuilding season before the 2014 campaign got under way.

Tickets on sale for UVA-Ohio State wrestling meet at JPJ

Tickets are on sale now for the UVA-Ohio State wrestling match, which is scheduled for Monday, Nov. 24, at John Paul Jones Arena. The dual starts at 7 p.m.

East Carolina was on the verge of blowing Virginia Tech out of Lane Stadium, but the Hokies came all the way back from a 21-0 first-quarter deficit to tie the game with 1:20 to go, only to give it up in the final seconds on a 1-yard quarterback sneak by Shane Carden as the Pirates upset #17 Virginia Tech, 28-21, on Saturday.

A week after a huge win over Ohio State, Virginia Tech was upset at home as East Carolina beat the Hokies 28-21.

The Longwood women’s soccer team lasted 65 minutes against one of the nation’s top offenses before the undefeated and third-ranked Hokies finally pulled away with two goals in the final 25 minutes en route to a 4-1 win Tuesday evening at the Athletics Complex.

William and Mary football moves up in FCS national rankings

After earning a 42-14 victory at Hampton on Saturday, the William and Mary football team moved up in both major Football Championship Subdivision (FCS) polls this week.

Virginia Tech football had this Saturday circled on its calendar from the moment the 2014 schedule was released earlier this year. Ohio State, in the Horseshoe, a chance for the Hokies to get a program-defining road win against a national power.

Is Virginia Tech vulnerable in William and Mary season opener?

Virginia Tech coach Frank Beamer made official over the weekend what a lot of us thought was inevitable in naming Texas Tech transfer Michael Brewer the starting quarterback for the Hokies’ opener with William and Mary this weekend. 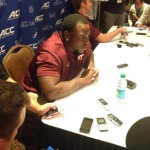 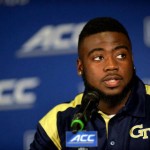