It’s been four years since New Jersey has legalized online casino gaming. It’s been a much needed source of revenue for the state and many are claiming, though revenues aren’t as high as some predicted, that the state of New Jersey was the ultimate winner by deciding to legalize online gaming.

The European gambling market is worth $87 billion, with online gambling being around $15 billion.

Attorney General Mark R. Herring has been named a member of the inaugural cohort of the Hunt-Kean Leadership Fellowship. 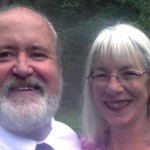 Husband and wife each running for Congress in Virginia

Dr. Ken and Elaine Hildebrandt made Virginia history this year as the first husband and wife on the ballots for Congress.

The Big South Conference announced its 2014 football schedule on ESPN3 today, and this year’s “Game of the Week” package features eight consecutive contests — seven of them between Conference members.

A new study from the Workers Compensation Research Institute (WCRI) examines how a Texas-like closed drug formulary might affect the prevalence and costs of drugs in 23 other state workers’ compensation systems that do not currently have a drug formulary.

Report: Cost of surgeries in ASCs vs. hospitals

A new 23-state study from the Workers Compensation Research Institute (WCRI) shows that prices paid to ambulatory surgery centers (ASC) in some states were triple that in other states – due to state price regulation or the absence thereof.

Report: Narcotic use among injured workers in 25 states

A new study by the Workers Compensation Research Institute (WCRI) found that the amount of narcotics used by an average injured worker in Louisiana and New York was striking.

The Richmond Raiders entered their first off week of the 2014 season at 1-3, needing some time to regroup and re-evaluate.

Virginia voters support medical marijuana by an overwhelming 84 – 13 percent, but support for recreational marijuana is divided, with a large generation gap and a smaller gender gap, according to a Quinnipiac University poll released today.

Virginia, considered a swing state, is swinging blue for U.S. Sen. Mark Warner in his reelection drive this year and for former Secretary of State Hillary Clinton if she runs for the White House in 2016, according to a Quinnipiac University poll released today.

Gov. Terry McAuliffe announced Friday that Green Applications LLC, a Division of Green Distribution will invest $9.75 million to establish its first Virginia operation in the Town of Gordonsville in Orange County.

AAA; Record-breaking pothole season not over?

Snow, rain, cold, and wild temperature swings add up to one thing: potholes shaking up motorists on back roads and highways alike. Motorists across the Commonwealth have been calling AAA after hitting these bone-jarring craters.

For many, Punxsutawney Phil’s prognostication for six more weeks of winter was not welcomed considering the brutal winter the region has felt so far this year. AAA Mid-Atlantic is no exception.

What if we could create a program that would strengthen our tax base, make government spending more fiscally responsible and provide a powerful financial incentive to low-income workers? It sounds too good to be true. But it already exists and dates back to 1938 – the minimum wage.

AccuWeather.com reports two storms will merge quickly enough to produce a major snowstorm from the upper part of the mid-Atlantic to southern New England Thursday into Friday. The storm will affect more than 70 million people in the Midwest and the Northeast combined and could have a major negative impact on travel.

State and university leaders in Virginia and New Jersey welcomed the Federal Aviation Administration’s approval today of their proposal to operate a test site to integrate unmanned aircraft into the national airspace.

Are you smarter than a fourth-grader? Virginia’s are pretty smart

Results from the 2013 National Assessment of Educational Progress show that the reading skills of Virginia fourth-graders have improved significantly over the last four years.
Virginia is one of the nation’s 12 highest-performing states in fourth-grade reading.

Five ACC players, more than any other conference, have been named semifinalists for the Chuck Bednarik Award, presented annually by the Maxwell Football Club, to the nation’s top defensive player, the Club announced Tuesday.

Chris Christie dropped any hint of legal challenge to the end of the gay-marriage ban in New Jersey, meaning the marriage ceremonies that had begun just after midnight Monday morning weren’t academic exercises.

The media and Republicans are howling about the gubernatorial-election trainwrecks in Virginia and New Jersey spelling early doom for the agenda of President Barack Obama not even a year into his term. It’s Tim Kaine’s job as Democratic National Committee chairman to put a silver lining in the smoke clouds. I asked Kaine after a […]

I just returned from the future. I believe I will stay with the present. Yes, I have been to the nanny state. Let’s keep Virginia the way she is. Our first governor was right. Give me liberty, or give me New Jersey. Without responsibility, life is not worth living. The more responsibility the state assumes, […]