Shentel has been named to Forbes 2016 list of 100 Most Trustworthy Companies in America. Shentel was also named to this list in 2013 and 2014.

Congressman J. Randy Forbes released a statement today on the submission of an Obama administration report on countering ISIS.

Forbes has again named the University of Virginia the nation’s No. 2 public university in its annual ranking of America’s Top Colleges, released Wednesday.

In the New Year, a new Congress will be sworn in to the 114th Congress. Five hundred thirty-five members will stand with their right hands raised, as mandated by Article VI of the Constitution, to pledge by oath to uphold our Constitution.

Randy Forbes: Is your identity safe this holiday season?

When busy shopping malls were the primary way to shop during the holiday season, lines wrapped around the stores and the biggest security concern was to make sure you didn’t leave your purse or wallet unattended while you reached into your cart or put bags in your car.

Randy Forbes: Response to the president on immigration

Last week, Americans watched as our President announced sweeping changes to our nation’s immigration system. The bottom line of his decision? Amnesty.

Republican leaders are doing their best to sell the notion that President Obama has usurped the Constitution in his move to issue an executive order on immigration policy granting legal status to nearly 5 million undocumented immigrants.

On Veterans Day, we are once again reminded of the ways in which our freedoms and liberties have been preserved by the dedicated service of the men and women in our Armed Forces.

In a national economic slump, we often look for those indicators of economic muscle that show us America is moving, innovating, and poised to take on the next era of global commerce.

Congressman J. Randy Forbes (VA-04) issued a statement on Friday calling on Congress to reconvene to address the Ebola outbreak.

Congressman J. Randy Forbes (VA-04) issued the following statement in response to the death of the Ebola patient at Texas Health Presbyterian Hospital in Dallas, and the subsequent infection of two healthcare workers within the United States.

Campus events and activities at James Madison University. From the JMU Office of Public Affairs. For the dates Oct. 17-26, 2014.

According to a Gallup survey released last year, Americans were more likely to name dysfunctional government as the most important problem facing the nation – more than the economy, unemployment, the deficit, and healthcare.

Governor Terry McAuliffe announced this week the release of a Virginia advertising section that appears in the 2014 Forbes 400 magazine issue. The Governor and Mr. Steve Forbes, Chairman and Editor-in-Chief of Forbes Media, hosted an event in New York City to celebrate the advertising section.

Campus events and activities at James Madison University. From the JMU Office of Public Affairs. For the dates Oct. 3-12, 2014.

Randy Forbes: The real story of the man who carried the maps

“…I was the man that carried the maps…” That’s how William Loncaric described his role the day they stormed Omaha Beach in Normandy.

Randy Forbes: My dad taught me these three valuable things

Sometimes the best advice doesn’t come from a book, from a microphone, from behind a desk in Washington, or even from people who are leaders in their field. 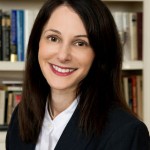 Danielle Citron, the Lois K. Macht Research Professor and Professor of Law at the University of Maryland Francis King Carey School of Law, will speak at Washington and Lee University on Tuesday, Sept. 16, at 5:30 p.m. in Northen Auditorium, Leyburn Library. 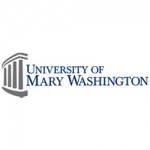 Campus events and activities at James Madison University. From the JMU Office of Public Affairs. For the dates Sept. 12-21, 2014.

At 3:30 p.m. when the dismissal bell rings, America’s teachers are still going.