When it comes to raising corn, Virginia is not a major player on the national stage. But corn exports from the Old Dominion are still important.

It’s been a year since corn and wheat prices tumbled on the Chicago Board of Trade. Milk prices took a steep nose dive last November.

The Virginia Department of Agriculture and Consumer Services announced Tuesday that corn production inVirginia is forecast at 49.6 million bushels, down 1 percent from the October forecast and down 2 percent from the previous crop. Yield was estimated at 160.0 bushels per acre, down 2.0 bushels from last month but up 15.0 bushels from the 2014 level. Acres for harvest as grain were estimated at 310,000 acres, down 40,000 acres from 2014.

After two record years, 2015 corn crop off to a good start

Moonshine has come a long way, from the hills and hollows of Appalachia to the front and center of Virginia’s fast-growing artisanal spirits industry.

Cotton farmer: ‘We use the term ‘relentless’ to describe harvest

Shelley and Joe Barlow and their son, Joey, grow about 400 acres of cotton. On a particularly good day, they can harvest about 50 acres.

The Virginia Department of Agriculture and Consumer Services announced the state’s crop production report, based on conditions as of November 1.

The Illuminate Light Show & Santa’s Village, which will open Nov. 14 and run through Jan. 3, 2015, is a holiday light display created with nearly a million LED lights and set to music.

When fall colors and mountain vistas beckon to visitors, it can make for a magical and profitable combination for farmers. Agritourism can add as much as $24,000 to a farm’s bottom line in a year.

Results of a new study of genetically engineered crops eaten by livestock indicate again that GMO feed is safe and nutritionally equivalent to non-GMO feed.

Virginia Crop Production Report: Soybean, cotton and peanut production expected to be up from 2013.

Fall has arrived so why not come out to Douthat State Park to kick-off the season at Apple Day: A Celebration of Appalachian Heritage Saturday, Oct. 11 from 10 a.m. to 5 p.m. at the beach complex.

Ethanol and similar “biofuels” made from corn and other crops seem like a good idea given their potential for reducing our carbon outputs as well as our reliance on fossil fuels.

The Virginia Department of Agriculture and Consumer Services announced today that, based on September 1 conditions, Virginia’s corn crop is forecast at 52.9 million bushels, down five percent from last year.

State Fair of Virginia competitions: One for every taste or talent

Competitions are a time-honored tradition at fairs across the country, and the State Fair of Virginia is no exception.

The wait is nearly over, fabulous fried fair foods are coming back

Battered, dipped and fried describes many of the mouth-watering foods at this year’s State Fair of Virginia.

According to the Virginia Department of Agriculture and Consumer Services, the 2014 corn crop in Virginia is forecast at 51.8 million bushels, down seven percent from last year.

Real growth happens when we deal with the now and do what we need to do instead of waiting or hoping for the next best thing.

Nine churches will come together at an apartment community in Stuarts Draft to stage The Big Event from 4-8 p.m. on Saturday, August 2nd.

As we prepare to celebrate the Fourth of July, we are compiling a list of our favorite MCK (My Clean Kitchen) summertime recipes. These are the recipes we’ll be serving tomorrow as we celebrate with friends and family.

Summer picnics still a bargain at less than $6 per person

A typical summer picnic will cost slightly more this year than last, but it’s still a bargain at less than $6 per person, according to the American Farm Bureau Federation.

Sweet corn crop coming in sweet, thanks to rain and heat

Virginia’s sweet corn crop is benefitting from the advent of summertime heat. “It’s the most amazing crop you’ve ever seen in Northern Virginia,” said Tom Davenport, owner of Hollin Farms in Fauquier County. “The rain is causing it to grow like crazy.”

The Virginia Department of Agriculture and Consumer Services (VDACS) is hosting a Virginia Pavilion at the Summer Fancy Food Show, June 29–July 1, 2014, at the Jacob Javits Convention Center in New York City.

My Clean Kitchen: Five tips for a healthier road trip

It’s summer vacation road trip season! I’m getting ready to pack my family in the car for a summer road trip. As any mom, or parent for that matter, knows a road trip with a small child can be a nightmare.

Designer crops cropping up on seed websites, in catalogs

It’s chic to have a backyard garden full of fancy new produce, and nurseries and seed companies are competing to bring gardeners the most colorful and flavorful designer edibles possible.

Report shows the importance of dairy in Virginia

I could sit here all day and tell you that eating a healthy diet will pay for itself in spades in the long run, but the fact is, we only have so much money to spend on food.

Chris Graham: Take me out of the ballgame

More than a few Waynesboro Generals baseball fans were mildly upset that the opening ballgame of their team’s second-round 2013 Valley Baseball League playoff series was called by rain only after the team had made an hour-plus bus trip to the field to find out that the home team had somehow neglected to put its tarp down on the field before what turned out to be a brief storm had hit.

Over the next three years, the Vireol ethanol facility in Hopewell plans to employ 70 workers, produce 170 million gallons of ethanol and spend $100 million to purchase 21.7 million bushels of grain from Virginia farmers.

Dinner Diva: What is lurking in your tea cup?

You’ve been paying close attention to the Dirty Dozen and Clean Fifteen lists to help you make the best food choices that you possibly can for you and your family. You try to make sure that the food you buy is as free of chemicals as it can possibly be. But, how much thought have you given to what’s in your daily cup of tea?

Looking for the freshest, most delicious locally grown products available? One of the best ways to enjoy the bounty of Virginia’s spring, summer and fall is to shop at one of the state’s many farmers markets.

After a cold and wet early spring, Virginia farmers are ready to get their crops in the ground. Corn plantings across the state are behind schedule. Cotton and peanut producers are expecting to plant more acres this year, while producers of other major row crops are pulling back a bit.

The UVa. football team will hold its annual Orange-Blue Spring Game on Saturday, April 12 at Scott Stadium. The gates open at 11 a.m. for pregame activities and the spring game is slated to begin at 1 p.m.Admission and parking are free.

Corn and winter wheat acreage down from 2013, cotton and peanuts up

The Virginia Department of Agriculture and Consumer Services announced today that Virginia’s corn producers intend to decrease acreage in 2014 to 500,000 acres.

Rep. Bob Goodlatte is right to laud the American farmer (Bob Goodlatte: Celebrating American agriculture, March 22), but wrong to attack the one policy that has helped drive a rural economic revival – the Renewable Fuel Standard (RFS).

Things you can learn about agriculture in a first-grade classroom

Although I had the advantage of understanding where food comes, when I came to work for the Virginia Department of Agriculture and Consumer Services (VDACS) 18 years ago, I realized I didn’t fully understand the complexity, diversity and far-ranging economic importance of Virginia’s largest industry, agriculture.

In Virginia, there are more than 46,000 farms owned and operated by individuals and families. The economic impact of the agriculture industry is $52 billion dollars annually and provides nearly 311,000 jobs in the Commonwealth alone.

Just before spring came to Virginia, Gov. Terry McAuliffe signed legislation that could mean a new beginning for many Virginia farmers and local food operations.

Dinner Diva: Focus on what you CAN have

When people first hear the Dinner Diva’s gone Paleo, they almost always say the same thing: Oh I know this Paleo diet is supposed to be healthy, but I could never give up [bread/potatoes/pasta/corn/dairy/etc.].

Gov. Terry McAuliffe announced today that Virginia agricultural exports, which also include forestry products, reached a new all-time high of $2.85 billion in 2013, up more than 8 percent in total value from the previous record reached in 2012.

Some Virginia fast-food restaurants are beginning to advertise the fact that they serve grass-fed beef, and such products are popular at farmers’ markets and local butchers around the state.

Instead of scrambling and looking for replacements for bread and cereal, try to focus on eating for your best health. Get out of the “live to eat” mindset and adopt the attitude of “eat to live.”

Virginia corn could set a record for the 2013 production year

The Virginia Department of Agriculture and Consumer Services announced that Virginia’s corn yields are expected to be 154 bushels per acre, up 51 bushels from the previous year’s yield and up four bushels per acre from the November forecast. 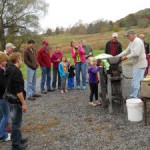 Hands and Harvest weekend in Monterey was Oct. 11-13, and this was the second annual “Old Fashioned Lawn Party” fund raiser for Highland Second Wind and Highland Senior Services.

Record corn yield on track for Virginia; peanuts and cotton yields down from September forecast

The Virginia Department of Agriculture and Consumer Services announced today that Virginia’s corn yield as of November 1 is estimated to be 150 bushels per acre, a record for the state. If realized, this yield is up 5 bushels per acre from the previous forecast.

The Wildlife Center of Virginia is currently treating a record 16 black bear cubs – and these cubs have been the featured “stars” of Critter Cam, the Center’s live camera feed. Students at Beverley Manor Elementary School in Staunton have been watching the bears … and decided to take the next step to help the Center feed the bears. 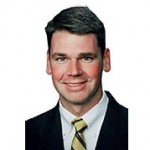