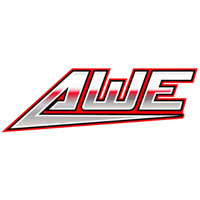 The minutes are counting down.

“I’m pumped. Let’s get it on!” said Marvin Ward, the president of Awesome Wrestling Entertainment, a Virginia-based professional-wrestling promotion with aspirations toward the big time.

The event begins with an autograph session at 6 p.m. Belltime is 8 p.m.

Tickets are $10 and are available at Crossroads music stores in Waynesboro and Staunton and at Eavers BP and Liberty BP/Liberty in Stuarts Draft – and at the door.

The AWE crew was at the WHS gym late Friday night – after the big Waynesboro-R.E. Lee basketball game that came down to the wire, with the undefeated Leemen escaping with a narrow 53-51 win over their Southern Valley District rivals.

“We need to get the ring set up tonight,” said Mike Meadows, a member of the crew helping get the gym ready for the pro-wrestling action.

Another AWE newcomer, Johnny Knockout, offered a helping hand. Knockout will be facing former TNA star Sonjay Dutt in a match to determine the #1 contender to the U.S. title.

Cutting a video promo for the match, Knockout used his time on the ring crew as his hook.

“You see this ring right here. Every rope, every nook, every cranny, I put it together myself, so I know this inside and out,” Knockout said. “And Sonjay Dutt – you have got one heckuva fight on your hands. This is my world. Welcome to it. And welcome to the Johnny Knockout Reality. I will see you on the other side. You’re going down, buddy. You’re going down.”

Earlier Friday evening, Knockout joined midget star Short Sleeve Sampson and Robotron at a pep rally at the Waynesboro YMCA. The wrestlers were a big hit with the teens out for Friday Night Basketball.

“We’ve been out there breakdancing with them, signing autographs, shooting hoops. You can’t be in a better place than this,” Sampson said after the pep rally and a quick tour of the Y with executive director Jeff Fife.

“I am so fortunate that we can be able to come out here the night before our big show at the high school – to be able to hang out with these guys. If I was going to have free time, there is no other place that I’d much rather be than where I am right here, right now, tonight, in the Waynesboro YMCA,” Sampson said.

More information on the AWE Live event is available here.