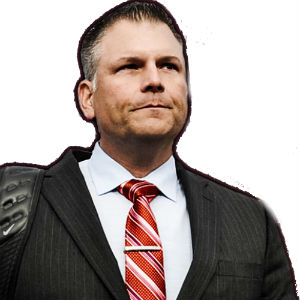 JUSTIN FUENTE: We were happy to get a hard-fought victory last week in front of a great home crowd on Thursday Night Football. We’ve got a tremendous challenge in front of us to travel to Pitt and play a very talented, hard-nosed, well-coached football team.

Q. Justin, does it seem odd to be playing back to back Thursday games, and I guess this one since it’s been a full week may be a little easier to prepare for than a short week was?
JUSTIN FUENTE: Well, it is a little odd because typically when you have those short-week Thursday games, your mentality is to kind of cram everything in and play the short-week game, and then you get a little time to relax, you know, because you’ve got a little bit longer before you play the next Saturday. That’s certainly not the case here. We finished the short-week game, and then we needed to turn the page immediately and realize we were on a regular schedule.

So it has been a little bit odd because you’re kind of — psychologically you think if you can handle that short week, then you’ll get a little bit of a break, a little bit of a long week for the next game, and we’ll obviously have that after this Thursday night game, but the kids have handled all of that really well.

Q. One of the problems that Pitt presents is they have one of the tremendous kick returners in the country, Qadree Henderson, who’s averaging 35.9, 36 yards per kick return. You can’t simulate that kind of thing in practice, obviously; what do you try to do to keep him from breaking another — he’s brought back two for touchdowns this year.
JUSTIN FUENTE: Well, you’re right, he is a heck of a football player. They do a great job with their scheme. It’s kind of a non-traditional scheme, but really fits their personnel, and they’ve done a great job with it. Obviously it’s been highly productive. The first thing would be we’d love to get touchbacks, and we’d love for Joey Slye, our kicker, to continue to kick the ball through the end zone, try to take the ball out of his hands. But in the event that those things don’t happen, you’ve got to trust your fundamentals and train our kids about where to avoid and what keys to read and hope like heck you can get the guy on the ground because he has been electric back there returning kicks.

Q. Anything in particular about Pitt on both sides of the ball that brings out a sleepless night or two just in preparing for them?
JUSTIN FUENTE: Sure. I mean, they’re very well-coached on both sides of the ball. They’ve got good players, hard-nosed, physical, tough football team that seems to be very disciplined. Starts with running the football and stopping the run with Pitt, and they’ve been really good at both of those things.

Q. Obviously the defense had a terrific performance last week against Miami, and they’ve had really good performances throughout this season, but being able to get eight sacks in a game, is that due to the matchup, or is that something you all can build off going into this week?
JUSTIN FUENTE: Well, I’m not sure. I think it was a combination — the reason we got eight sacks I think was a combination of things. I think at times, we did a good job covering down. We were able to mix up our pressures, either only rushing four guys or bringing blitzes and trying to scheme rush the quarterback a little bit. I’m hopeful that we can continue to do that.

If we can — moving forward throughout the year, if we can negate people’s run game, then I think we will be able to get pressure. It’s a little bit easier when you know it’s coming.

Q. Obviously that’s probably going to be a pretty big key against Pittsburgh on Thursday night given the way that they run the ball. What have you seen out of their quarterback, though, that might help them out or has given them an advantage with their pass game?
JUSTIN FUENTE: Yeah, well, some people label quarterbacks as game managers, and I don’t believe in that. I think the young man we’re about to play is a playmaker for them. Obviously it centers around running the football, but they’ve made big plays in the passing game. Coming off play action they’ve got some really good schemes in obvious passing situations that can give you problems. He’s been judicious with the ball and kept the chains moving, which has allowed them to continue to run the football.

Q. Syracuse runs a no-huddle offense, runs a play every 20 seconds or so, but its games have been longer because of the no-huddle offense. They’re pushing 3:30 and four hours. What are your thoughts on those longer games, not just Syracuse but nationally, and also, will you prepare differently for a game like that that might push 3:30, four hours?
JUSTIN FUENTE: Well, in a general rule, we don’t talk about the time length of a game with our players. We talk about when you play a team like Syracuse, there will be more possessions because they’re either going to score quickly or not score quickly. One way or the other, you’re going to get multiple possessions.

You know, I don’t want to change — I don’t know if you’re asking me about potential rules because games are going longer, but I’m not for altering the game. I know that games have started in general terms taking a little bit longer, and part of that’s a function of television and part of that’s a function of the way offenses are moving, but I would not be in favor of altering the game.

Q. At Air Force they have experimented with eating closer to kickoff and stuff like that, especially when the games are longer. Have you experimented with anything along those lines?
JUSTIN FUENTE: I have not.

Q. What’s the process been like of slowly adding to your playbook as the season goes along, and how has the quarterback handled that in his first season there?
JUSTIN FUENTE: Well, you know, I think part of coaching is doing what your guys can execute, give them a chance to execute. All of us coaches can draw up plays on a grease board all day long, but it’s about executing, and I think Brad Cornelsen, our offensive coordinator, has done a fantastic job of continuing to pare those things down so that we have a chance to execute on a weekly basis.

Q. What are your thoughts on how your quarterback has handled that process so far? It seems like he’s improved as the season has gone along?
JUSTIN FUENTE: I think he’s done a good job. I think there’s plenty of room for improvement, and there are a lot of things we work on on a weekly basis with Jerod to continue to develop him as a quarterback. He has worked diligently week to week to digest the game plan and develop an understanding of what we’re trying to accomplish. I think he’s done a good job of that since the season started. Playing well is very important to him, and he has some realization of the work it’s going to take to give yourself a chance to play well.

But all in all, I think he’s done a decent job on a week-to-week basis of getting prepared to play.

Q. I was wondering if you’ve named the guy to wear No. 25 tomorrow night, if you said that earlier in this call, and why is it important you keep that legacy alive?
JUSTIN FUENTE: Divine Deablo will wear 25 this week. He’s the first true freshman to get to wear that jersey or have that honor. I think it’s important to pay respect to the wonderful accomplishments that Coach Beamer had here at Virginia Tech. I think obviously he earned the reputation as a fantastic special teams coach and head coach, and we felt like we wanted to do something to pay respect to Coach Beamer while also letting our kids be involved with it, more than painting a 25 on the 25-yard line. We wanted to do something that involved our team, because obviously all our kids — basically almost all of them came here to play for Coach Beamer, so they’ve embraced this award or this symbol of reference for Coach Beamer. It’s gone over really well.

Q. The Edmunds brothers, there’s a lot of communication defensive players have to have. Does it help them to have grown up together, to be able to communicate between the linebacker and the safety position?
JUSTIN FUENTE: Well, you know, I think — I don’t know how much it helps out there in the middle of the game, but I do think they understand each other. It may help them communicate or understand each other a little more in terms of their feelings or motivation or execution, as much as communicating a coverage check or a blitz or whatever.

But they’re obviously close. They’ve got a very tight-knit family and a great group of people.

Q. I’m wondering if you have an update on how likely it is that Nigel or Kendall play, and given the performance last week defensively without those guys how encouraging is it to kind of see how the depth stepped up and handled business even without two of the more established players on defense.
JUSTIN FUENTE: Yeah, it was really encouraging. You know, it’s something that we’ve set forth, or have talked about I guess I should say, since we started. We have some proven commodities. We know Ken is going to show up every day and work his tail off and is a good, solid football player. But the mark of our team will be when we don’t have those guys, because we know at some point during the season somebody is going to go down on offense or on defense. When we don’t have those dependable guys that have played a lot of games, how are our younger players going to respond. It was really encouraging to see them play at a fairly high level against Miami last week.

No, I don’t have any updates on those guys, so there you go.