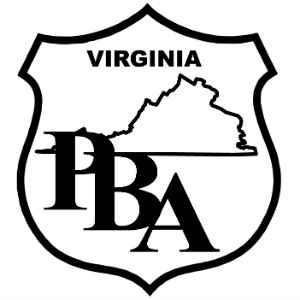 The Police Benevolent Foundation and the Virginia Division of the Southern States PBA are rallying behind Spotsylvania Sheriff’s Office Deputy Heather Lloyd.

Lloyd started her journey to her career in law enforcement the day after graduating high school when she was shipped off to boot camp after joining the Army at the age of 18. Sent to the Pentagon after the 9/11 attacks, Lloyd determined that her place in this life was to serve others.

Before departing from the military with an honorable discharge in 2004, Lloyd found her first taste of being a law enforcement officer with the Aquia Harbour Police Department in Stafford County. She knew from that moment that this career was for her.

She was soon hired by the Fredericksburg Police Department in late 2005 where she spent a majority of her career before joining the Spotsylvania Sheriff’s Office.

Deputy Lloyd is a beloved member of the sheriff’s office and community.

At the age of 37, Deputy Lloyd has been dealing with the debilitating diagnosis of a brain tumor. A lover of sports, she was at a basketball game where she went to cheer for her team and found that she couldn’t speak and had lost mobility on her right side. A preliminary diagnosis of “sinus problems” and one CAT scan later, she would find out that she had a large mass at the base of her skull at the brain stem.

Not knowing then what we now know about the tumor, she was scheduled for surgery a few days later to remove the mass. After a craniotomy in April of 2012, Lloyd woke up to find out she could no longer swallow, had right side vocal cord paralysis, had a very hoarse and “small” voice and was unable to blink her right eye.

In addition, they were unable to remove a large part of the tumor that they classified as a paraganglioma; a rare tumor, that affects only 1 in 1 million people. Ninety-seven of these tumors are benign, but in her case, it was malignant. Unable to return to patrol duties and told that she probably would never be a police officer or do many things she had done before ever again, Lloyd was determined to recover and returned to work weeks after surgery on light-duty status in the 911 Center, while going through radiation treatments daily as well as physical therapy to recover mobility and her ability to swallow.

After finishing radiation, Lloyd was determined to return to patrol once again. She took up running to build her strength and ran area 5k races. After a lot of hard work, Lloyd was able to have her feeding tube removed after 78 days of being unable to swallow and finally came out of light duty status and was placed back in patrol in October 2012. She continued running 5k’s, 10k’s and half-marathons. She finished her first ever marathon in November 2015. Lloyd continued working, and for several years had minimal lingering symptoms and follow-up scans that showed a stable tumor.

Then in late November 2016, symptoms started to suddenly re-appear. She received the news that her tumor had shown growth and was active once again and needed to be removed. In March 2017, she had a second surgery to remove the tumor, however, due to its location and her quality of life, only a portion of the tumor could be safely removed. After an 11-hour surgery which resulted in another feeding tube and loss of hearing in her right ear, the surgery was considered very successful and she was on the road to recovery. She recovered once again and was eager to return to work.

She was told by doctors that she could no longer run, and only non-strenuous activities were acceptable. Lloyd made the decision at that time to come out of a patrol capacity and joined the Spotsylvania Sheriff’s Office in late June 2017, where she would continue her career as a law enforcement officer in the Court Services Division.

Lloyd has enjoyed learning new things and playing a different role than she had before. Her ultimate goal was to become a school resource officer. She received the news just recently that she had been selected for an open position and was due to transfer to the school resource position in January 2019.

Then, more bad news. In just 18 months, the doctors told her that everything that was removed in her last surgery has returned and has spread and is growing into the bone. With another surgery not being recommended due to the significant complications that would come with it, Lloyd began use of daily chemotherapy drugs with no guarantees that it can affect her tumor, and still went to work as much as she could.

Now her symptoms are debilitating. She has difficulty speaking clearly and swallowing and often has significant pain in her head.

Deputy Lloyd is currently out of work and the medical bills are mounting. While her ultimate goal is to return to full duty, at this time, she needs the help of the community. Deputy Lloyd’s brothers and sisters in blue are rallying behind her in these difficult times. The VAPBA and the PBF ask for help from the community, both locally and nationally, to aid in their efforts to support this officer in her time of need.

All donations made to this recovery fund are tax-deductible, and 100% of the money the PBF receives will go to Deputy Lloyd. The PBF is asking everyone to please pass this information along to friends and family.