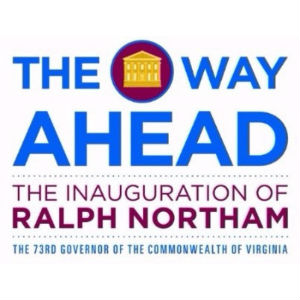 More than 200 Virginia National Guard and Virginia Defense Force personnel will be on duty Jan. 13, 2018, supporting the inauguration of Dr. Ralph Northam as the 73rd Governor of Virginia in Richmond.

Virginia Guard Soldiers, Airmen and members of the VDF will conduct a variety of missions including playing ceremonial music, firing a 19-gun salute with artillery howitzers and providing command and control of the inaugural parade marching elements. A formation of Virginia National Guard Soldiers and Airmen will also lead the inaugural parade, and aviation crews will conduct a flyover with UH-60 Black Hawk helicopters.

“Supporting the Governor’s inauguration is a great opportunity for us to honor the new governor as our commander in chief, and it also has tremendous training value for our National Guard civil support mission,” explained Maj. Gen. Timothy Williams, the Adjutant General of Virginia. “We are working hand-in-hand with our partners in state government, and that will help us be better prepared if we are called to assist with any sort of domestic response operation.”

Williams is scheduled to present one of the shell casings from the ceremonial 19-gun salute at the completion on the inaugural parade.

Personnel from the Virginia National Guard and Virginia Defense Force are scheduled to conduct the following missions:

• Soldiers assigned to the Troutville-based 29th Division Band will provide ceremonial music for all the inaugural activities.

– The 100th anniversary of the U.S. entry into World War I was observed in 2017, and it marked the first time that volunteer state militia units were activated and deployed overseas for combat operations for federal duty under a formal Army structure. To commemorate the centennial, a color guard of Virginia National Guard Soldiers in World War I uniforms will lead the marching formation.

– Immediately following the World War I color guard will be the organizational colors from the Virginia National Guard’s deployable major commands: the 29th Infantry Division, the 116th Infantry Brigade Combat Team, the 329th Regional Support Group, the 91st Cyber Brigade and the 192nd Fighter Wing, as well as the organizational colors of the U.S. Army, the U.S. Air Force and the Virginia Defense Force.

• Virginia National Guard Soldiers, Airmen and members of the VDF will provide mission tracking and coordination support at the Virginia Guard Joint Operations Center in Sandston and a forward command post in Richmond.

• Personnel from the Virginia Army National Guard and VDF will provide command and control for the inaugural parade and assist with staging and marshaling the parade marching elements.

– Members of the Virginia Defense Force will also provide communications support for the operation.

The Virginia Department of Military Affairs is the state agency that provides leadership and administrative support to the Virginia Army National Guard, Virginia Air National Guard and Virginia Defense Force. DMA plans, coordinates, maintains situational awareness and employs forces for homeland security and homeland defense in order to respond to any incidents within the Commonwealth.

The Virginia National Guard has mobilized nearly 2,000 Soldiers and Airmen for federal active duty overseas deployments since January 2014, and a medical evacuation detachment recently mobilized to support the NATO mission in Kosovo. They join more than 15,000 Virginia National Guard Soldiers and Airmen who served in combat operations, homeland defense, peacekeeping and stabilization missions since Sept. 11, 2001.

Since January 2014, the Virginia National Guard has mobilized nearly 2,570 Soldiers, Airmen and members of the VDF on state active duty to respond to hurricanes, winter storms and flooding across the Commonwealth. The Virginia Guard also mobilized more than 500 personnel for security operations in Charlottesville Aug. 12, and also deployed more than 500 Soldiers from the 116th Infantry Brigade Combat Team to assist with hurricane recovery operations in the U.S. Virgin Islands. The Virginia National Guard also had nearly 40 Soldiers and VDF members conduct cyber vulnerability assessments in seven different Virginia localities in the last 18 months.