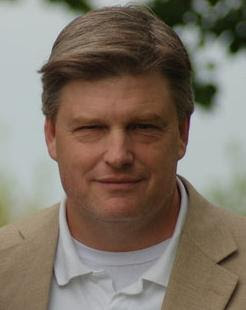 There’s a buzz outside the KFC Yum! Center here in downtown Louisville on the eve of tomorrow’s ACC basketball game between the host Louisville Cardinals and the University of Virginia.

The usual gang of ticket-hawkers are already pacing the streets looking to grab some cheap tickets with the aspirations of flipping them close to game time at handsome profit margins. There’s also an added buzz just down the block at The Kentucky Arena for the annual Louisville Auto Show.

The Cardinals and Cavaliers head into the match driving in different directions. Louisville is still reeling from an epic lost at home to Duke, blowing a 23-point lead with just over 10 minutes left. Louisville staved off another collapse in its next game by holding off a late Clemson rally, then were blown out in the Carrier Dome by Syracuse Wednesday.

After that loss, Louisville coach Chris Mack compared the Cardinals offensive effort to throwing spaghetti against the wall. Tomorrow against the third-ranked Cavaliers, Mack can only hope that this time it might somehow stick.

And of course who can ever forget the Cardinals’ most recent loss, here last March. A night that will forever be itched in the minds of Louisville (and Virginia) fans.

Mack said that Louisville must work hard to score inside the paint. Seems like a decent strategy since Virginia is currently rated as the nation’s top three-point defensive team.

The Cardinals have also been sloppy in ball-handling since the 10 minute meltdown against Duke. Limiting turnovers is a must for Louisville if they are to pull off an upset.

Virginia has also been turnover-prone in its last few games as well. With Virginia’s offensive pace, it’s critical the Cavaliers protect the ball.

It’s going to be a sold-out arena, and the Cardinal fans would like nothing better than to upset Virginia to help ease the pains of that fateful .09 seconds from the two teams’ last matchup.

But Virginia is a poised road-prepared squad. The Cavaliers have already secured impressive road wins at Maryland, North Carolina, N.C. State, Virginia Tech, and a 2-point loss at Duke.

If Louisville is to win, it’s going to take more that 22,000 screaming fans backing them.