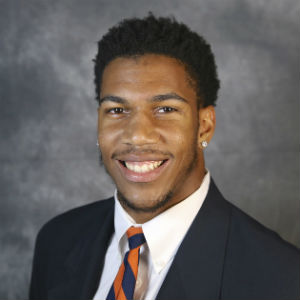 UVA outside linebacker Charles Snowden has been named the Atlantic Coast Conference Linebacker of the Week for games played through Sept. 23. This is the first career weekly accolade for Snowden.

Snowden (Silver Spring, Md.) helped lead UVA to a resounding ACC win over Louisville, 27-3, on Saturday. He led UVA with eight tackles, two pass breakups, 1.5 tackles for loss, 1.0 sack and recovered a fumble. It was the first time since 2009 (vs. Maryland) that the Cavaliers held an ACC opponent without a touchdown.