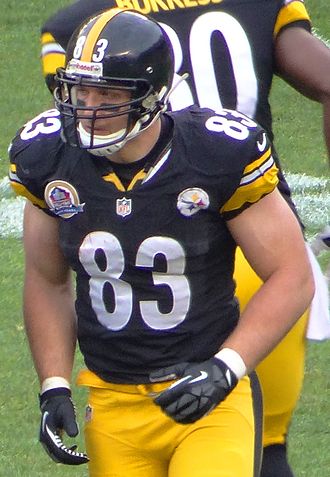 Former UVA standout tight end Heath Miller has been named to the Virginia Sports Hall of Fame Class of 2019.

A native of Honaker, Va., Miller earned All-America honors at UVA in 2004 when he was named the John Mackey Award winner as the best tight end in college football.

Miller was named unanimous first-team All-American in 2004, ending his college career with ACC records for most career receptions (144), yards (1,703) and touchdowns (20) by a tight end.

The eight-member Class of 2019 was selected by the Hall of Fame’s 30-member Honors Court, after reviewing a host of nominations from among the ranks of athletes, coaches, journalists and other contributors, who either were born and/or raised in Virginia or achieved their fame playing in the state.

The induction ceremony, taking place Saturday April 6 at Zeider’s American Dream Theater in Virginia Beach will be the culmination of a weekend filled with events to honor the Class of 2019, including a VIP reception Friday April 5, and a breakfast event the morning of Saturday, April 6.