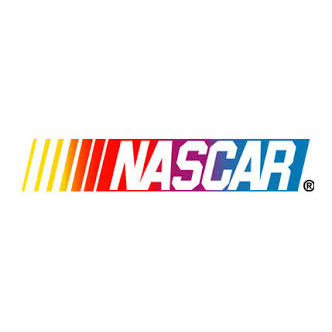 Today’s approval allows the Mirai to serve as the first hydrogen-fueled vehicle to pace a NASCAR race. It will lead the Sprint Cup Series field to the green flag at Richmond on Saturday night and emit only water out of its tailpipe along the way.

“Having a hydrogen fuel cell vehicle pace the Toyota Owners 400 is a historic moment for both Toyota and NASCAR and we’re proud it’s the Toyota Mirai,” said Ed Laukes, vice president of marketing, performance and guest experience, Toyota Motor Sales, U.S.A. “Bringing the Mirai to Richmond to pace this important race is another way for Toyota to showcase our innovation and environmental leadership.”

The Mirai is a four-door, mid-size sedan with performance to pace the 43-car NASCAR field at Richmond International Raceway (RIR) while using no gasoline and emitting nothing but water vapor. The groundbreaking fuel cell electric vehicle is powered by hydrogen, refuels in about five minutes and travels up to 300 miles on a full tank. It will arrive first to buyers in California later this year.

The Mirai was tested and approved by NASCAR to pace the Toyota Owners 400 NASCAR Sprint Cup Series race after a test session at RIR earlier today. In the test session, the Mirai met NASCAR’s performance requirements to pace the 400-mile NSCS race.

There is Toyota precedent bringing hybrid and alternative fuel technology to track. The Toyota Camry Hybrid earned praise as the first hybrid vehicle to pace a full NASCAR race when the hybrid vehicle was used for the Coca Cola 600 in May 2009.

From fuel-efficient vehicles to developing groundbreaking technologies, Toyota is proud to be at the forefront of environmental sustainability – and the Mirai pace car showcases this commitment. Toyota has more than 2 million hybrid vehicles on U.S. roads – more than any other manufacturer – and continues to develop new breakthroughs in plug-in, electric and hydrogen fuel cell technologies.

Tickets for the Toyota Owners 400 race weekend at Richmond International Raceway on Friday, April 24 and Saturday, April 25, including the Toyota Care 250 NASCAR XFINITY Series race, can be purchased online at RIR.com or by calling 866-455-RACE.