The musical melting pot: A look into life at the Music Resource Center 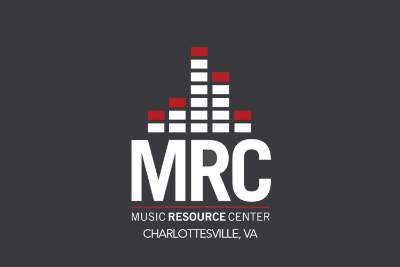 If you walk into the Music Resource Center on an average day, you hear an eclectic array of genres echoing from all the different rooms. A hip-hop dance class takes place upstairs, someone makes beats in one of the studios, a rock band practices, and a girl records an R&B track in the vocal booth. “The energy can get to be a little much sometimes,” says Katie Hanson, the development manager. Despite its occasional chaos, this organization serves as a home and sense of stability for many of its members. Some kids are there every day.

So what exactly is the Music Resource Center? Founded in 1995 by John Hornsby and other local musicians, it serves as a melting pot for the musical youth of Charlottesville and the surrounding areas. Here, kids grades 6-12 can come in after school to pursue whatever musical passion possesses them on a given day. In its 24 years, the MRC has enjoyed an extensive impact on hundreds of musicians. Ike Anderson, the membership coordinator, first came in 1998 as a sixth-grader after hearing about it through an assembly at Buford Middle School. “I didn’t know kids my age could be in a band or play guitar or rap,” he states. Anderson is not alone in his experience. The MRC has opened doors for many kids who did not understand their full capabilities or talents.

“It’s a community of artists, even artists who don’t know they’re artists yet. It’s awesome to see the progression of people who don’t know how to do anything but just want to express themselves somehow. Four or five years later, they have an album they recorded.” This is Lucas Brown, the program director. The Music Resource Center gives kids access to recording facilities, a performance hall, practice spaces, and dance studios, all of a professional caliber. This allows people who may not have access to instruments or facilities to do practically anything. Thusly, kids discover and refine their skills through experimentation. Since the MRC charges on a sliding scale based off family income, it is accessible to all kids, regardless of socioeconomic status. It is also not exclusive to Charlottesville. Many members travel from Nelson County, Crozet, and other nearby towns in Virginia, and the drive is worth it, since organizations of this sort do not exist anywhere else nearby.

The Music Resource Center receives less than 5 percent of its funding from membership fees. “We want to keep it that way,” says Alice Fox, the executive director. Barriers get broken down inside the doors of the MRC: age, school, class, and race create a lot less division than they do in the outside world. Every staff member I interviewed echoed this sentiment. “At MRC I was talented, I was hardworking, I was cool. I had purpose,” says Anderson. People respect each other regardless of their various differences in ways that they may not in school or other extracurriculars. “Music is this common ground, but I think there’s more to what we do here than just music,” says Fox. Kids learn from each other and encounter perspectives from all walks of life. This increases personal growth and the ability to talk to people from different backgrounds, a skill which comes in handy in the real world.

The connections and sense of community formed by the members lead many of them to feel as though they have a second family. “This place is a real smorgasbord. People come together to exist as a community,” says Brown. I can confirm his statement. I have made some of the most unlikely friendships during my past two years as an MRC member, and I was welcomed by everyone the second I walked in the door. The first room you come into, the lobby, has a couch and snacks, giving it the feeling of a living room. All the employees want to help you with your artistic and personal growth and are passionate about their jobs. Brown articulated it wonderfully when he said, simply, “It feels real.”

I wanted to write this article in the hopes of getting word out to a demographic that may not have heard of the Music Resource Center before. As a member and someone who has interacted with various alumni, I can confirm that the organization is unique and life altering. When I asked Hanson why kids should join the MRC, I think she summarized it well: “You won’t regret coming, but you may regret not coming.” If you are within the acceptable age range and possess any interest in music, what’s the harm in giving it a shot?