The Citadel defeats VMI in Military Classic of the South, 45-25

The Citadel Bulldogs scored 21 points in the third quarter to pull away and went on to a 45-25 victory over the VMI Keydets in The Military Classic of the South.

To help bridge the nutritional divide in Virginia, Gov. Terry McAuliffe has announced a new council that will seek to eliminate childhood hunger and promote Virginia’s agriculture industry.

George Washington Basketball: What to watch for

George Washington is looking for a signature win early in its 2014-2015 schedule on the road at #9 UVA Friday night in the John Paul Jones Arena.

Rolling Stone looks at UVA: Misses on culture, but hits hard on silence

Working past the oversimplified paint-by-numbers portrait of the UVA culture in this week’s Rolling Stone, we eventually get to the dirty little secret that will rock the University to its core in the coming weeks, months and beyond: with regard to how administrators deal with sexual assaults on Grounds.

Redshirt-junior guard Jazmon Gwathmey scored a career high 22 points at American to lead No. 23 JMU women’s basketball to a 69-65 win at Bender Arena on Thursday night.

Washington Redskins coach Jay Gruden talks with reporters after the Redskins’ 27-7 loss to the Tampa Bay Buccaneers on Sunday.

Remarks by President Obama in Burma

Remarks by President Obama after roundtable at Parliamentary Resource Center in Burma on Thursday, Nov. 13, 2014.

Jonathan Hadra, a four-year letterman and 2004 graduate of VMI, was named the 20th head coach in VMI baseball history on Thursday, Nov. 13.

Virginia Tech football coach Frank Beamer wouldn’t concede that he thought he was headed into a rebuilding season before the 2014 campaign got under way.

I’d tell anybody who asked to do what I did. Run a couple of laps around the track. It will be hard at first, but you’ll find soon that we’re born to run, that it’s good for you, and that your time out running is the best thing there is for meditation ever invented.

While people often associate the work of Congress with debates on legislation, our office provides a variety of additional services of which you should be aware. 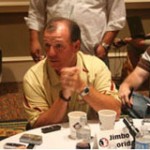 UVA basketball was a preseason Top 25 team this time last year. That seemed like high expectations for a program that had won just one NCAA Tournament game in 19 years.

One of the first moves the Richmond Raiders made this offseason was re-signing QB Phil Konopka. The team announced the addition of three targets for Konopka in coach James Fuller’s offense

Libertarian U.S. Senate candidate Robert Sarvis released the following statement in response to a Christopher Newport University poll finding that he has more than twice the support of Republican Ed Gillespie among Virginians between the ages of 18 and 35.

VCU receives $1.6 million grant to study pathways that lead to substance use disorders

Two VCU professors will work with researchers at the University of Oslo to study the factors in normal and abnormal personality that increase the risk of developing substance use disorders.

William and Mary head men’s basketball coach Tony Shaver announced the addition of Luke Ford to the Tribe staff as the program’s director of operations on Monday. 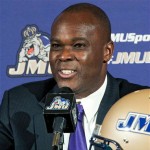