Hansen Turbine, a manufacturer of coating spray applications for the aircraft and turbine parts coating industry, will invest $2.5 million to expand operations in Grayson County.

Visitors to the Conway Robinson State Forest can add a high-tech dimension to their outdoor experience. Informational signs on the forest have been updated to include QR codes.

Governor Terry McAuliffe announced that June will be designated as Virginia’s Business Appreciation Month to ensure that the history and growth of Virginia businesses are recognized across the Commonwealth.

With meat production expected to double by 2050 as the world’s human population tops nine billion, there has never been a better time to start curbing our enthusiasm for conventional steaks, hamburgers, chicken breasts and sausages.

The top-ranked UVa. baseball team entertains Georgia Tech Friday through Sunday (May 9-11) in a three-game ACC series at Davenport Field.

Getting fresh produce at farmers’ markets is a SNAP

There are more than 240 farmers’ markets in Virginia, and now more consumers than ever can shop at them as the U.S. Department of Agriculture expands the mobility of its Supplemental Nutrition Assistance Program.

Facebook pulls the rug on business: We will return the favor soon

The Valleywag tech blog reported Wednesday that Facebook is planning to slash organic page reach down to 1 to 2 percent of your business page like base. What does this mean for your business?

If you’re like me, you like to think that you aren’t likely to fall for a telephone or email scam – particularly those scams telling of a long-lost family member in a foreign country who has a large inheritance to give you… if only you’ll provide your Social Security number, birth date, and checking account information.

A regulation-ending 13-1 run by #14 seed Boston College sent the game to overtime, but #11 seed Georgia Tech took control in the final minute of the extra session to pull out a 71-67 win in the final game of the first round of the 2014 ACC Tournament. 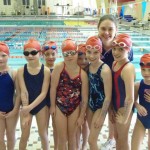 Today 636 business and industry organizations from across the country signed onto a joint letter to House Speaker John Boehner calling for immigration reform this year.