2015’s opening offers an appropriate time to examine high technology and its development of weapons of mass destruction and other threats to the Earth.

UVA research 23rd most cited scientific paper of all time

Work co-authored by UVA School of Medicine researcher Wladek Minor, PhD, has been named as one of the most cited scientific papers of all time by the prestigious journal Nature.

Today, U.S. Senators Mark Warner and Tim Kaine signed onto bipartisan legislation to provide up to 15,000 visas annually for Koreans with specialized skills that are lacking in the U.S. labor market.

The No. 11 UVA wrestling team posted a trio of team victories Sunday in its season-opening quad meet at Memorial Gymnasium. 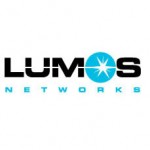 Mr. Hyde knew what he was doing when he left a sinking ship as the former CEO of nTelos. They continue to perpetuate poor service and do not seem to care. TV has color blocks, freezing, and inaudible sound, and it has been an issue for many, many months.

The campaign of Senator Mark Warner today launched a new ad, “Problem Solver”, which highlights his proven record of working across party lines to do what’s best for Virginia.

Glenn Beck, God love ‘im, liked to remind us how unified we were as a country on September 12, 2001. (Whatever happened to the Beckster, anyway?)

Governor Terry McAuliffe and First Lady Dorothy McAuliffe hosted a strategic planning session Tuesday in Richmond for the Partnership for Parks campaign founded by the Virginia Association for Parks and the Garden Club of Virginia.

The Atlantic Coast Conference announced today (Sept. 9) the league’s women’s basketball schedule for the 2014-15 season. UVA will face each of the 14 conference opponents during the 16-game league schedule.

Virginia Tech football had this Saturday circled on its calendar from the moment the 2014 schedule was released earlier this year. Ohio State, in the Horseshoe, a chance for the Hokies to get a program-defining road win against a national power.