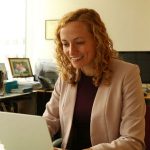 How social media enables political groups to form and engage in risky collective movements is a complex problem that requires multilayered approaches.

These are websites and applications that enable users to create user profiles and share content including pictures, stories, videos, and documents. Social media is categorized into two, namely networking sites and sharing sites, this is according to their main purposes.

A few social media strategies that will mark 2017

Digital marketing, communication between people and between businesses and customers – these are some of the activities where social media play very important role.

The coming state of fear

Any lingering question on whether or not the happenings on social media platforms are truly politically relevant can finally be put to rest.

A team of scientists led by Virginia Tech researchers has received a $950,000 National Science Foundation (NSF) grant to study the ways that ideas and behaviors are spread through large social networks like Twitter.

Join Augusta Free Press at the Power Hour at Panera Bread in Waynesboro for our series of one-hour business classes.

The Virginia Tech Science Connection Advisory Network, or VT-SCAN for short is simple but effective.

It used to be relatively easy to market your business on Facebook. You started a business Facebook page, got people to like it, posted updates to the page about your business, people saw them, and you got sales.

Facebook has its critics: individuals who chafe at the myriad changes in privacy settings, business owners who spent big bucks building like bases that they now have to spend more to be able to connect with.

Join Augusta Free Press at the Panera Bread in Waynesboro for our series of one-hour business classes. Most classes are only $10 per participant.

Richmond finishes the non-conference season on New Year’s Eve against Northeastern at 4 p.m.

Absent a buyer, Stone Soup Books and Café is set to close its doors at the end of the year. Owner Mary Katherine Froelich cites the changing nature of the book industry, with increasing market share going to Amazon.com for hardcovers and paperbacks and the rise of e-books, as the key factor.

The State Corporation Commission encourages Virginians to be wary of investment opportunities promising pie-in-the-sky returns with little or no risk.