Congress failed, once again, to follow an open and transparent legislative process and, instead, waited until the last minute to cobble together a massive 1600-page $1.1 trillion spending omnibus for the U.S. government.

The U.S. Senate is expected to move forward with legislation that cleared the House of Representatives last week for retroactive tax extenders.

SCC: Review your insurance plans before the holiday season

When planning for the holiday season, the State Corporation Commission’s (SCC) Bureau of Insurance reminds Virginians to check with their insurance agent.

Congressman Robert Hurt (R-Virginia) released the following statement after voting against the government spending omnibus legislation adopted by the U.S. House of Representatives.

Kaine calls on Congress to debate, vote on ISIL mission before adjournment

U.S. Senator Tim Kaine reiterated his months-long call for Congress to debate and vote on U.S. military action against ISIL – a mission that has gone on since August without congressional authorization.

The American Red Cross encourages eligible donors to make a point to give blood before the busy holiday season arrives. Blood donations often decline between Thanksgiving and New Year’s Day. 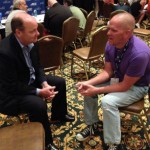 Gary Stokan, upon being named the president of the Atlanta Sports Council and the Chick-fil-A Bowl in 1998, set out on a bold path for the bowl game, long considered the top second-tier bowl game in college football.

Scott Klinger: A stark choice in the New Year

At this moment, four out of every ten unemployed workers in the U.S. have been looking for a job for more than six months, the highest level of long-term joblessness since the Great Depression.

Give blood at Sentara RMH during National Blood Donor Month

Robert Hurt: Reflecting back on 2013 and looking toward the year ahead

Since coming to Congress, my top priority has been promoting job growth. As we look back at 2013 and we begin the New Year and the second session of the 113th Congress, I am encouraged by the progress my colleagues in the House and I have made in this effort.

Motorists rang in 2014 paying the highest price for gasoline on record for New Year’s Day ($3.32), marking the fifth consecutive January 1 that Americans have paid more at the pump than the year prior and the fourth straight year with a new record to start the year.

Bob Goodlatte: Looking ahead in the New Year

As we ring in 2014, the House and Senate return to Washington for the start of the second session of the 113th Congress. Looking forward to the New Year, it is abundantly clear that our nation has much to accomplish to tackle the challenges of today and ensure a prosperous future for generations to come.

Preliminary reports from the Virginia State Police indicate that 20 individuals lost their lives in 19 separate traffic crashes over the Christmas and New Year’s holidays in Virginia. In 2012, a total of 16 people died in traffic crashes during each of the four-day holiday statistical counting periods.

Roll out the New Year with a Bright Idea: $10K in grants available

Do you have an innovative idea, but you just don’t have the funding to bring it to light? Enter Bright Idea Innovation Grants, Staunton’s newest funding resource. The grants are designed to accelerate projects that are in the light bulb stage by bringing them to the marketplace efficiently, quickly and with an eye towards long-term economic success.

The William and Mary men’s basketball team upended in-state rival Old Dominion, 74-68, on New Year’s Day at Kaplan Arena. The Green and Gold knocked down 11 3-pointers and hit 21-of-27 from the free throw to pick up 10 points in the Optima Health Challenge against the Monarchs.

New Year’s Resolution: Get your business moving in 2014

It may be just a flip of the calendar, but we don’t tend to treat the New Year that way. The New Year brings with it the chance for new beginnings. That’s why we make New Year’s Resolutions, right? Just like we make resolutions for ourselves to exercise more, eat better, finally start writing that novel that you’ve always said you wanted to write, and that kind of thing, we make resolutions related to our businesses. 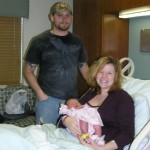 Augusta Health welcomed the first baby of the New Year at 1:28 a.m. Wednesday, and the mother is a familiar face around the halls at the Fishersville hospital. Christie Tomlin, a nurse in the progressive care unit at Augusta Health, gave birth to her daughter, Kyleigh.

The legislature does not have a tradition of passing a resolution at the beginning of each year stating as individuals often attempt to do with their “new year resolutions” what will be done that year. Debate on such a resolution would take up the entirety of the session, and if ever agreed upon may likely be forgotten as realities of the year and the session set in.

AAA: Best and Worst in Transportation 2013

New Year’s Day is almost here, and it’s a good time to look back upon the best and worst in transportation in our area during 2013. So it is time to rank and rant as we ponder the milestones and frown upon the millstones in transportation in Virginia, Maryland and the District of Columbia during the year that was 2013.

AccuWeather.com reports two storms will merge quickly enough to produce a major snowstorm from the upper part of the mid-Atlantic to southern New England Thursday into Friday. The storm will affect more than 70 million people in the Midwest and the Northeast combined and could have a major negative impact on travel.

Virginia State Police will be stepping up patrols New Year’s Eve in an effort to detect and deter impaired drivers on Virginia’s highways. Since Thanksgiving, troopers have been participating in the annual Checkpoint Strikeforce anti-DUI enforcement campaign and the “Drive Sober or Get Pulled Over” holiday crackdown.

Family Night at the Richard Adams Show in Waynesboro

To celebrate the New Year, Richard Adams has collected a host of talent for his Jan. 3 Variety Show. Performing on this one-time event will be The Harrington Family, The Alexander Sisters, the Bonos and students from the Shenandoah Valley Governors School’ production of Pippin. Richard promises you will be amazed and delighted by the talented collection.