Kaine calls on FBI to investigate wave of anti-Semitic incidents

A moment of mass collective commentary ensued after Apple refused to help federal investigators break into the iPhone of one of the San Bernardino shooters.

Every day, thousands of federal law enforcement agents are hard at work, doing their part to keep Americans safe and delivering them the justice they deserve.

Lexington Police reported Tuesday that it had received a tip of possible sighting of a person of interest in the 2009 Morgan Harrington murder case, and Washington and Lee University shared the news with students as a precaution.

Two men were each sentenced to 10 years in the penitentiary for their roles in a complicated plot to abduct and murder the warden of Keen Mountain state prison in Southwest Virginia. 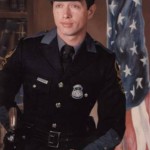 A joint panel of the General Services Administration (GSA) and the Federal Bureau of Investigation (FBI) has concluded site evaluations for the new FBI Headquarters and has identified three sites as potential locations. 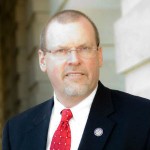 “Terry spoke to us today about announcing your role w/ the Commission in conjunction with what he said is your intention to announce your Senate plans tomorrow,” an email dated June 5 from Tim Pfohl, the interim executive director of the Virginia Tobacco Indemnification and Community Revitalization Commission, to Phil Puckett, a Democratic state senator at that point two days away from announcing his resignation.

Iran’s mass media are tightly controlled by the regime’s Ministry of Intelligence. This includes 16 nation-wide and 34 provincial TV channels, in addition to 10 satellite channels with a global reach.

The House of Representatives today approved several pieces of bipartisan legislation to combat the growing problem of human trafficking.

Prosecutors and law enforcement officials leading the investigaton into the Kevin Quick murder have called a Friday afternoon press conference to announce a “major development” in the case.

Bob Goodlatte: Our children are not for sale

Drugs can only be sold once, whereas minor children can be, and are, prostituted multiple times a day. While Congress has strengthened our laws to combat human trafficking, there is still work to do to put an end to these heinous crimes.

As the U.S. Senate this week considers a significant Ukrainian aid package, U.S. Sens. Mark Warner (D-Va.) and Mark Kirk (R-Ill.) will introduce a bipartisan amendment creating a law enforcement partnership between the United States and Ukraine to combat cybercrime and improve cybersecurity.

The SafeWise Report announces the 30 Safest Cities in Virginia

The SafeWise Report released its “30 Safest Cities in Virginia” report this week, and the Town of Broadway in Rockingham County is at the top of the list.

People in our country are in a lot of pain due to the passing of Waynesboro Police Reserve Capt. Kevin Quick. Besides the horror of any death and what a great man he was, it even goes further.

U.S. Sens. Mark Warner Tim Kaine applauded passage of the Fiscal Year 2014 Omnibus Appropriations bill, which provides discretionary funding for the federal government through the end of the fiscal year.

It’s unclear exactly what is going on, except for this part of things – around three dozen people with ties to the McGaheysville area in one way or another have had their credit-card or debit-card accounts breached in the past three months. This news got to me first from a reader who lives in Massanutten […]