The River City Radio Hour’s March 20th performance will celebrate two of the month’s highlights: St. Patrick’s Day and the Anniversary of the Battle of Waynesboro.

The November River City Radio Hour will premiere a new serial Tales from Rose Hall. The four-part serial traces the role a celebrated home played in Waynesboro’s participation in the Civil War. 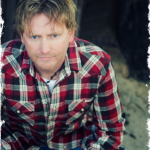 National touring and recording star Scott Helmer will stop in Waynesboro on his year-long, cross-country tour to help theatres like the Wayne to make, as he says, “this world a better place.”

Music and comedy at the May River City Radio Hour

Edited by Chris Graham freepress2@ntelos.net   The River City Radio Hour performances on Friday will be an eclectic mix of musical and comedy talents. The Boogie Kings, led by Richard Adams with William Hayes on keyboard and J.T. Fauber on percussion, will head the musical entertainment. Joining the popular Radio Hour band will be Bill […]

Item by Chris Graham freepress2@ntelos.net Guest appearances by, ahem, Elvis, the Singing Spilman Sisters and comedian Marsha Howard will highlight next week’s “River City Radio Hour.” The event is being held in conjunction with the monthly Third Fridays at the Blue Ridge Christian Fellowship Cafe and Music Hall at 529 W. Main St. Performances are […]