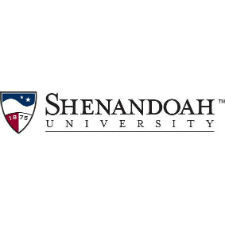 Volunteers carried boxes, refrigerators and TVs into dorms to assist new students and their families during their first day on campus.

While it is too early to confirm the number of new students Shenandoah University will enroll this year, it is expected that this will be Shenandoah’s largest incoming freshman class ever with more than 480 students. In 2018, there were 443 first-time, degree-seeking freshman students.

In total, Shenandoah will have around 685 new undergraduates this year, which includes both freshmen and transfer students. Fall enrollment numbers will not be finalized and official until a census is taken, which occurs in early October.

During today’s move-in efforts, Shenandoah University offered voter registration to all new students as they arrived on campus. This is the eighth year the university has offered voter registration, which is a student-led effort on Shenandoah’s campus. The Student Government Association is supporting this effort during the 2019-2020 academic year with the help of the Center for Public Service and Scholarship (CPSS).

New students who have not previously registered to vote had the opportunity to register to vote either in their own state or establish their voting in Virginia. Absentee ballot information was also made available.