Shenandoah has announced its annual prize winners for 2017. The Volume 65 winner of the $1000 James Boatwright Poetry Prize is Thomas Reiter for his poem “St. Wynfed’s Parishioner,” which appears in the Fall, 2017 issue (number 1). 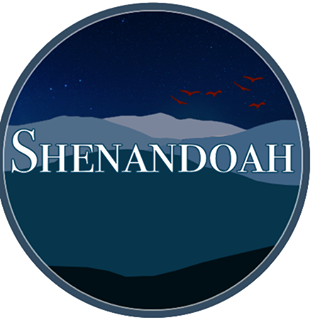 Reiter is a professor emeritus at Monmouth College and author of several collections, including “Catchment” (2009.) He has received grants and prizes from the National Endowment for the Arts and the Academy of American Poets. The winning poem is about a wicked man who experienced a religious vision and became a hermit saint. The poem is narrated by a follower who defies orthodoxy and the doubters to rejoice in the grace of Wynfed.

The runner-up in poetry is Fort Wayne, Indiana’s Michael Derrick Hudson for “The Last Days of Calamity Jane,” which relates the sad story of the earthy muleskinner and western heroine who, in her sunset years, haunts a bar and remembers a lost love and the spurs he left her.

The winners of the Carter Prize for the Essay and the Shenandoah Prize for Fiction are, respectively, Philip Belcher of Asheville, N.C., for his critical essay “Beyond Autobiography: Claudia Emerson through Three Poems on Race” (Fall, 2016) and Allie Glass-Katz’s story “My Boyfriend Is Moving to Mongolia” (Spring, 2017). Each prize winner will receive an honorarium of $1000, and honorable mention works will receive each a $100 honorarium.

Allie Glass-Katz is a fiction fellow at the Michener Center for Writers. A native of Austin, Texas, she is now writing a novel. Her short story traces the road to acceptance of loss and the narrator’s rising above it. The honorable mention in fiction is Nashvillian Emily Choate’s “Eufaula,” which records the self-destructive path of a former country western song writer.

Belcher’s essay on the late Claudia Emerson, who served as Virginia’s Poet Laureate and was a Pulitzer Prize-winner, explores the nuances of three poems in which Emerson delicately approaches a topic which is not prominent in her work but is poignant and insightful. Belcher has published criticism in Southern Humanities Review, The Asheville Poetry Review and Southern Quarterly. The honorable mention in non-fiction is Lexingtonian and Washington and Lee faculty member Gordon Ball for “Nobel Dylan,” about his involvement in the campaign to garner a Nobel Prize for Bob Dylan.

Shenandoah’s prizes are not the result of a traditional contest with a submission deadline but have for several decades been chosen from among the work selected for publication in the journal across a volume year. All works published in Shenandoah are eligible for the prizes in their appropriate genres, but special submissions are not considered.