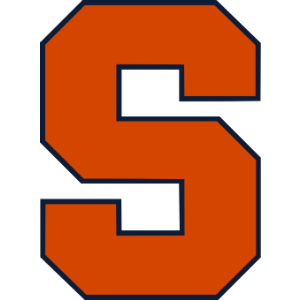 Syracuse coach Jim Boeheim and Orange players Frank Howard and Tyus Battle talk with reporters after a 73-64 win over Wake Forest on Tuesday in the 2018 ACC Tournament.

JIM BOEHEIM: At the start of the game in the zone (indiscernible) in the first half we had a lot of good looks and just couldn’t make anything. I think the second half we attacked the zone better. I thought Frank did a great job, Marek was tremendous getting into the open spots. He has been looking to score better over the last part of the year.

Q. Jim, what, if anything, did you say to Marek between Saturday and today?
JIM BOEHEIM: Nothing. Nothing.

Q. What did you see from him — what did he do differently today that allowed him to be successful?
JIM BOEHEIM: Well, when they went to the zone, they left him in open spots, and he converted in the fast break situations. When they pressed, he took the ball to the basket. In the middle of the zone, they didn’t guard him in the high post area. He can make that shot.

I thought he really played well. He was aggressive. He made some good passes. But he was very, very good today.

Q. For either of the two guards, you get to play North Carolina obviously tomorrow. You guys nearly beat them at your place. How much are you looking forward to that matchup and what do you have to do differently to get you over the top against them?
FRANK HOWARD: Just finish the game. I think we’ve got to — some good schemes we can run against them. They’re a great team, attack the zone very well, but I think down there there were some costly turnovers, and we’ll just take care of the ball and run our stuff.

TYUS BATTLE: We played well. Like frank said, we just made some costly turnovers that ended the game, but we just have to clean those things up, and we’ll be fine.

Q. Tyus, what did you pull from those first two games? They challenged you during the regular season, and it seemed like you were more prepared for this matchup.
TYUS BATTLE: I think the second time we played them they were pretty good. They just hit a couple of threes at the end that brought them back into the game. Today we were better defensively, run them off the line, and just made them take tough shots.

Q. With you guys’ length and talent and the way you’re playing now, do you feel very confident that not only you can make a run here but put yourselves in a great position to also get to the tournament and make a run there?
TYUS BATTLE: We’re confident against anyone we play. I don’t care who it is. We hung in there with some of the best teams in the country, and when we’re on the floor one-on-one with them, we’re confident we’re going to come out with the win.

FRANK HOWARD: Yeah, I’m going to second that, as well. That’s just our mindset as a team. We want to be aggressive. We want to always feel like we can win. We don’t look at anyone different, we just got to change the schemes.

Q. Tyus and Frank, you both hooked up with (indiscernible) I was wondering if you thought that was going to be such an option in this matchup today considering their personnel?
TYUS BATTLE: Well, last game I don’t think they did a great job stepping up, and we usually got to the basket pretty easy, so we knew they were going to change things up, and Vick stepped up and left Paschal wide open, and he’s going to catch that lob every time.

FRANK HOWARD: Yeah, I think in practice Coach Griffin has done a great job with Paschal, and he’s been catching those in practice, he’s got to get some in the game.

Q. Jim, with a minute and a half to go, Wake had just cut it to six and they’re pressing. What were you thinking as Marek got the ball at half court and attacked the rim?
JIM BOEHEIM: You know, you get in that two-on-one situation, I think you’ve got to attack it. We had taken the clock down pretty well. You know, with that lead, and you hold the ball and you don’t turn it over, it’s going to get closer, but you’re going to win the game. If he hadn’t gone to the basket, they would have had to probably foul. So we had enough margin in that situation.

We tried to use the clock, but we still wanted to be able to score, and we’ve been very good at that this year when we’ve had the beat. We’ve been able to get by people and make plays, either the lob to Paschal or finish the play. But you want to shorten the game as much as you can when you have that kind of lead. I thought they did a good job in their pressure, but we had just — we had enough cushion.

Q. Just looking ahead to tomorrow to North Carolina, you guys played really good defense in the second half against them. What do you have to do tomorrow to prevent the ball movement like they had in the first half against you guys?
JIM BOEHEIM: You know, it was a good game. We played pretty well, but they’re a really, really good team. They’re capable of beating anybody in the country when they play well, and they’re going to come in and play well. But they’ve got veteran guys that have won National Championships, contended for one and won one, so they’re a really good team, and it’s a great challenge.

Q. Frank and Tyus, you’ve seen Marek these past couple of games. How have you seen him improve aggressively as he tries to get more baskets around the rim?
FRANK HOWARD: He’s a talented kid, so we just want to put him in spots where he can be productive. They gave him some open shots in the middle of the night, and he was being aggressive and made a lot of plays. On the fast break, he has a high enough IQ to make the right plays, so we trust him and just got to put him in the right spots.

TYUS BATTLE: Well, I think Coach Red has done a great job improving his game as the season has gone on. He’s developed a jump shot. He’s always made pretty good decisions in the middle. He’s just been more aggressive in making the right play as the season went on.

Q. There’s a lot of talk about what you guys have to do to get in the tournament, that tomorrow’s game could really determine whether you’re in or not. Do you look at the bubble talk, and how do you approach the fact that tomorrow could be really the determining factor?
FRANK HOWARD: We’re just playing basketball. We don’t look at any game as a do or die, know what I mean? We don’t want to put any pressure on ourselves. We’re just playing basketball. This is what we come here to do. This is the best time of the year, so the intensity is higher anyway.

JIM BOEHEIM: I think the whole thing with the tournament is we just are going to keep playing, and we had a great strength of schedule this year, much better than last year. We didn’t win on the road last year; we won on the road this year. So we’ve done some good things. There’s a lot of teams that look good. It’s just one of those things that’s going to be tough decisions. The committee is just going to — they’re going to make whatever decision they make, and we’re just going to try to play the best we can. And I think we’ve got a good basketball team, and I think we can compete, and we’ve proven that we can compete with anybody.

I thought last year we had won two or three monster games, but they were all at home. And this year we won a good — obviously Clemson is good, and we’ve won games, but we won at Miami and at Louisville, which are two hard places to win, and I think that gives us a little bit of boost from where we were last year. But we’ll just try to play tomorrow the best we can, and they’re going to be very tough calls for the committee in this tournament. Very tough.