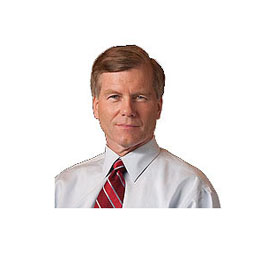 A new VCU poll has Virginians split on the job performance of the new governor, Bob McDonnell.

The Commonwealth Poll conducted July 15-19 has 48 percent of Virginians rating the Republican’s performance as excellent or good, and 52 percent saying that McDonnell is doing a fair or poor job.

Inside the numbers, the views on McDonnell’s performance appear to track largely along partisan lines, with the deciding factor pushing the overall numbers slightly negative being independents, who split 46 percent positive and 54 percent negative on the job-performance question.

“The job performance ratings are lower than what we saw for past governors at similar points in their terms. But politics is more polarized along partisan lines these days and the economic climate is decidedly more sour than it was several years ago. Governor McDonnell has strong support from Republicans but less support from Democrats than did Governors Kaine or Warner with Republicans early in their terms” said Cary Funk, Ph.D., director of the Commonwealth Poll and an associate professor in the L. Douglas Wilder School of Government and Public Affairs.

One other interesting tidbit from the poll concerns the Tea Party movement. Six in 10 Virginians said they have no opinion on the Tea Party because they are undecided or they haven’t heard enough about the movement to form an opinion. Of those who do hold an opinion, the number holding a favorable opinion was at 19 percent of the overall population, with 21 percent of the overall population holding a negative opinion.