roadside tragedy underscores need to slow down move over
Local

Roadside tragedy underscores need to slow down, move over 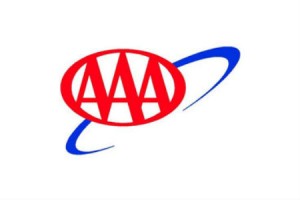 The tragic death of a AAA tow truck driver in Ohio highlights the risks faced by emergency first responders here in Virginia and around the country.

More than 80 drivers participated in a procession in honor of 32-year old Glenn Ewing during his funeral services. The tow truck driver was killed on July 4th while placing a disabled vehicle on the back of a flatbed on the side of the road.

“When one of our colleagues is lost, we’re all affected,” said Kevin Harris, Richmond AAA fleet supervisor. “He died while helping a driver on the side of the road – it can happen to any one of us.”

Ewing’s death illustrates why Move Over laws are critical to safety. The best thing drivers can do to keep someone on the side of the road safe is slow down, and move over into the next lane if you can do so safely.

“We can’t stress enough how important it is that drivers move over and change lanes when they see AAA or any other first responder working in and around traffic,” said Harris. “By doing so you are also potentially saving someone’s life.”

Move Over laws exist in all 50 states. AAA and other traffic safety advocates have been instrumental in the passage of laws to better protect tow truck drivers and other first responders.

“First responders work tirelessly to make our roads safer for all of us,” said Col. Gary T. Settle, Virginia State Police Superintendent.  “In return we ask to be afforded a safe place to work in order to perform our jobs so that we may return to our families each day. We encourage everyone to please move over and slow down for these workers, and help spread the word. It’s not just the law. It’s the right thing to do.”

Distractions behind the wheel

More and more people are traveling now that COVID restrictions have been rolled back and summer travel is in full swing.  More vehicles on the road means more chances for drivers to be distracted behind the wheel.

“Safety is everyone’s responsibility; whether a tragedy is caused by distraction, impairment or speeding, we should commit to making sure not only we make it home safely but our fellow drivers and those who work to keep our highways safe do as well,” said DMV Commissioner Richard D. Holcomb, the Governor’s Highway Safety Representative.

“Drivers talking on a phone or otherwise distracted may not readily see a vehicle on the side of the road in enough time to safely move over to the next lane,” said Martha Meade, manager for AAA public and government affairs. “In safety, split seconds count.”

Virginia’s Slow Down, Move Over Law

Virginia’s Slow Down, Move Over Law requires approaching vehicles to proceed with caution and, if reasonable, make a lane change into a lane not adjacent to a stationary emergency vehicle. If a lane change is unreasonable or unsafe, the approaching vehicle must proceed with due caution and maintain a safe speed. Virginia’s law was first enacted in 2002 for red and blue emergency lights for police, fire and rescue.

In 2010, lawmakers expanded the law to include amber colored lights used by roadside rescue, tow truck operators, and VDOT highway construction crews.  In 2019, after Hanover County Firefighter Lt. Brad Clarke was struck and killed by a tractor trailer while working a traffic crash along 295, the state increased the punishment for drivers who violate certain portions of the state’s Slow Down, Move Over Law.

For those offenses it’s now a reckless driving charge which is a class 1 misdemeanor. Violators can be punished by up to a year in jail and a fine of $2,500.

AAA and its traffic safety partners will strengthen advocacy and community awareness throughout the year, including National Move Over Day, which happens every third Saturday in October.