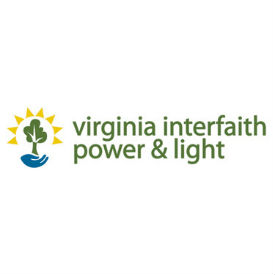 Virginia Interfaith Power & Light hosted an interfaith worship service at the Bell Tower on Capitol Grounds on Thursday to launch Climate in the Pulpits, on the Bimah, and in the Minbar, an initiative to bring awareness about environmental justice, stewardship and creation care to houses of worship.

“We have a moral call to speak up, to stop climate silence, and to shine a light on the ways we can move forward as an interfaith community in love and with hope.” said Kendyl Crawford, Director of Virginia interfaith Power & Light.

Crawford said, “Climate in the Pulpits is an exciting opportunity for faith communities across Virginia to raise up the moral concerns we have surrounding climate justice and the transition to a renewable energy economy. We hope that our Virginia decision-makers like Governor Northam will join with the faith community in raising up these moral concerns around global climate change and will address environmental injustice right here in Virginia.”

Faith leaders present at the event celebrated interfaith collaboration as a key tool to address climate disruption. Kevin Herffernan, Head Priest of Richmond Zen said “I think over and over of an important message from Bill McKibben. He was once asked ‘What can I do as an individual to address climate change?’ and he said ‘Stop being an individual’; that means that we all have to work together.”

VAIPL, together with Interfaith Power & Light (MD.DC.NoVA) and Faith Alliance for Climate, is bringing the Climate in the Pulpits initiative to Virginia to challenge faith leaders to confront climate disruption as a moral issue. “We need climate momentum and Climate in the Pulpits is a part of that movement – and not only in pulpits but hopefully this awareness transfers into voting booths,” said Heffernan.

At the event, faith leaders and activists discussed the importance of being a good steward of Creation and then participants sat on yoga mats on the capitol grounds and meditated together on the need for leadership on climate justice.

Dr. Elizabeth Kreydtus, Member of Mothers Out Front, said “We are already seeing the dangers of relentless pollution when we look at rising coasts: Norfolk and communities along the Chesapeake Bay are struggling to adapt to everyday tidal flooding, and the residents of Tangier Island have been warned that their home is literally sinking into the sea.”

This initiative opens the door for local congregations to have meaningful discussion around action on climate stewardship. As a part of the program, pastors, rabbis, imams, and other faith leaders will raise up climate change in their weekly sermons during the weekend on November 15 through 17. Faith communities that are interested in signing up to participate are encouraged to go to: vaipl.org/climate-in-the-pulpits/