Michael Jordan the latest celebrity to enter the Tequila Wars 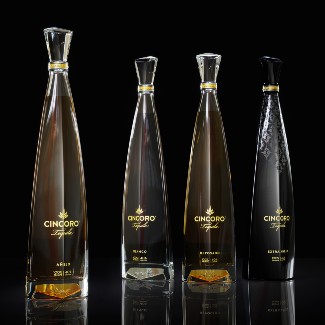 Michael Jordan is arguably the greatest basketball player of all time. On the court Jordan was a five-time NBA Most Valuable Player, six-time NBA champion, and won 10 NBA scoring titles. Not only did Jordan rule the basketball universe during the 1990s, but he crossed over into professional baseball playing for the Chicago White Sox minor league team the Birmingham Barons. Jordan will always be remembered for his basketball career especially for his play during the NBA Playoffs. The Association’s postseason is approaching quickly and fans are debating which teams will make it through to the NBA Finals. Fans can use this guide to get a bet bonus before wagering on each round of the NBA Playoffs.

Sir Airness has enjoyed a lucrative post-basketball career. His Nike subsidiary Jordan brand is worth billions while the NBA’s Charlotte Hornets (Jordan became the majority owner in 2010) are estimated to be worth more than $1.3 billion.

Jordan is the world’s highest paid athlete of all-time with a net worth of $1.9bn, but that hasn’t stopped him from business interests. Despite not playing an NBA game in 16 years, Jordan is projected to have earned more in 2019 than any other athlete on the planet active or not. The mere fact that Jordan continues to earn millions each year shows just how much of an impact on basketball and pop culture he had during his playing career.

In 2019, Jordan stepped into the lucrative world of alcohol as part owner of Cincoro Tequila. The ultra-luxury liquor brand was three years in the making after Jordan’s fortuitous dinner with Boston Celtics owner Wyc Grousbeck and his wife (girlfriend at the time) Emilia Fazzalari, Milwaukee Bucks co-owner Wes Edens, and LA Lakers lead owner Jeanie Buss. Fazzalari is the co-founder and CEO of Cinco Spirts Group and the dinner laid the foundations for Jordan to enter the tequila world as part of Cincoro.

Now 57, Jordan is an astute businessman and didn’t just get into the alcohol industry as a minority investor. It is claimed tequila is Jordan’s drink of choice and given the opportunity to have a hand in the growth of Cincoro as the brand for ultra-rich celebrities, the NBA great couldn’t ignore the chance.

While Jordan is the newest athlete and celebrity to get into the alcohol industry, he isn’t the first big name to do so. David Beckham, a man that rivals and eclipses Jordan in name value on a global stage, entered the Scot whiskey world in 2014 when Haig Club launched.

There have been a number of celebrities to throw their hats into the alcohol world. In fact, several have chosen tequila as their beverage company of choice to own and invest in. Sammy Hagar, Adam Levine, Justin Timberlake, Dwayne “The Rock” Johnson, and George Clooney have all joined the tequila industry. Clooney’s Casamigos company was purchased in 2017 for an unbelievable $1m by Diageo showing just how lucrative the business of investing in alcohol can be.

The celebrity Tequila Wars are a real thing with ultra-luxury brands made for individuals that are well off. According to Forbes, you better have plenty of cash squared away to drink Jordan’s Cincoro brand. The basketball legend’s favorite Cincoro spirit, Cincoro Extra Anjeo retails for $1,600 a bottle. The brand is one of the most expensive on the market today.