Make campus safety a priority: The safest college campuses to attend in 2020 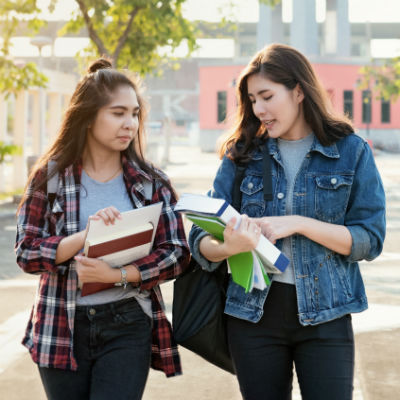 What do students look for when selecting a college to attend? More than the value of their education, apparently. According to a report commissioned by Eduventures, there were around eight different things considered by aspiring students. These included the academic reputation of the college, whether a program they wanted to study was available, proximity to the student’s home, and whether the college had the right “vibe” for the student.

All of these things are important, but let’s not dismiss the importance of a college campus’s safety record.

The Importance of Campus Safety

For many students, going to college represents the first time a young person has lived away from home. It’s a rite of passage, a chance for a student to gain some much-needed independence on the journey to adulthood. But crime is never too far away, depending on which college a young person chooses.

There have been several high-profile campus shootings and rapes. In April of this year, two people were shot dead and four wounded at the University of North Carolina. In 2014, there were 43 reported rapes at the University of Connecticut and 33 at Harvard, which were just two of the campuses highlighted in data available from the US Department of Education.

Women, in particular, face many threats of sexual violence while they are at college, with female college students three times as likely to suffer a sexual assault. Sadly, most victims don’t report their assaults.

The answer to this problem is not to stay at home, protected in the bosom of your family, it is to select a college rated for its campus safety.

The Safest Colleges by State

Data analysis carried out by Nuwber has allowed researchers to compile a list of the safest colleges in the US, organized by state.

The top colleges ranked highly for campus safety in the Nuwber research study include:

This is just a small selection; every state had at least one establishment with a superior safety record.

The Safest Colleges in Virginia

There were no colleges in Virginia listed, but this is because only colleges that participate in federal aid programs are required to disclose relevant information. However, we do have the top contender in West Virginia.

Concord College in West Virginia had no reported cases of sex crimes, violence against women, hate crimes, or disciplinary cases against students. The college issues each student with a 20-page handbook that outlines tips for personal safety and crime prevention. It’s a small campus, which is probably why campus safety is much better than average.

The nearby University of the Cumberlands in Kentucky and the University of Cincinnati-Clermont College in Ohio are also worth considering if you want to travel a bit further from your hometown.

Don’t dismiss the idea of campus safety. A safe campus is a healthier environment. Attending a safer college offers students a chance of a more meaningful educational experience, so pay close attention to college safety stats and use these to help you make a more informed decision.