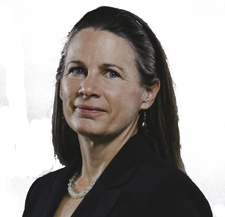 Congressman Bob Goodlatte’s first official response to this year’s constitutional conservative challenge to his 20-year reign of mediocrity is a false and misleading ad hominem attack on his Republican challenger.

Rather than stand and face his conservative opponent, a woman who served her country in uniform proudly for twenty years and witnessed the horrendous 9/11 attack from her Pentagon offices, Bob Goodlatte is spending a quarter of a million dollars to blanket the Sixth District of Virginia with lies.

And what are these lies?

What is the truth?  The truth is that Karen Kwiatkowski values Israel’s sovereignty and security more than most Congressmen, including Bob Goodlatte. As a conservative, she opposes federal foreign aid — something we give to Israel’s enemies in far greater amounts than we do to Israel. Like former Presidential contender Governor Rick Perry, Karen advocates stopping all foreign aid, including to Israel — and with it, no strings attached on Israel’s ability to do what she needs to do, and no need to look over her shoulder at the shifting political landscape of the American nanny state.

What is the truth? The truth is that Karen Kwiatkowski has on several occasions found fault with the US Government’s 9/11 Commission Report, published in 2004. In particular, she wrote an article entitled, “20 Months and 585 Pages Wasted — Your Government at Work For You!”  In this assessment, she observed that the report was unfocused and uneven. Reflecting her conservative critique, she wrote, “We have an incompetent, bankrupt, obese federal government bureaucracy led by ignoramuses who dream of empire, with continued zero accountability to either the facts on the ground or to the people who pay for it all.”

The truth is Bob Goodlatte is desperate. He’s out of ideas, and he is deathly afraid of his 5’1″ female opponent with big ideas about restoring the Constitution and limiting the federal government. He’s launched a campaign of whispers, lies, and defamation.  In doing so, he has insulted the intelligence and the honor of every Republican, every conservative, every Constitutionalist, every veteran, every woman, every educator, every farmer and every thinking person in the Sixth District.

Bob Goodlatte is unwilling to openly compete for the trust of the Sixth District.   His long record of compromise and borrowing, of spending and regulation speaks directly to his political cowardice.

Karen Kwiatkowski is a challenger in the June 12 Sixth District Republican congressional primary.