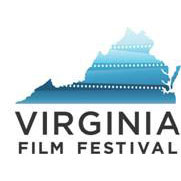 The Virginia Film Festival announced today that it is expanding its acclaimed Community Outreach and Education programs to include a new high school filmmaking competition.

The Virginia Film Festival is presented by the University of Virginia’s College and Graduate School of Arts & Sciences.

Action! The Virginia Film Festival’s High School Director Competition will welcome submissions from rising 10th, 11th and 12th graders from throughout the Commonwealth. The Grand Prize winner for the competition will be awarded a check for $1,000 Each of two runners-up in the competition will be awarded $500. All three winning films will receive a special screening at the upcoming 25th Anniversary Virginia Film Festival, scheduled to take place from November 1-4, 2012, along with one Participant Badge providing access to VFF screenings and the VFF Filmmakers and Sponsors Lounge.

This new competition is the latest addition to the Festival’s acclaimed Community Outreach and Education program, which also includes the Young Filmmakers Academy, a filmmaking initiative for elementary and middle school students. Other highlights of the program include the annual Family Day festivities and special middle and high school screenings both during the Festival and throughout the year.

“We are very pleased to announce this new initiative and to provide high school students from throughout Virginia a chance to flex their creative muscles as filmmakers,” said Virginia Film Festival Director Jody Kielbasa. “Community outreach is a critically important part of our mission as an organization. And, especially as we celebrate this important milestone year, we see this competition as adding another layer of involvement and interaction that we think is a win-win for everyone involved.”

The rules for Action! The Virginia Film Festival’s High School Director Competition include:

·       Students may submit a single application per person or team. Teams may consist of no more than two Directors. There is no limit to the number of participants performing in or contributing to the film.

·       All films must be the original work of the students submitting them.

·       Films are limited to five minutes in length, including credits.

·       Films must include a relevant theme and may not include profanity, graphic violence of sexual content.

To apply for Action! The Virginia Film Festival’s High School Director Competition, students must send a completed official entry form plus three (3) DVD copies of the submission film. All copies of the film must be provided on a standard DVD which can be played on a DVD player, and not only on a computer.

Applications and complete rules for entry can be found at virginiafilmfestival.org/outreach/action/.  Completed applications must be postmarked by August 17, and winners will be notified by the VFF staff by September 28.

The Virginia Film Festival is presented by the University of Virginia’s College and Graduate School of Arts & Sciences.