Driving while texting is the new DUI: Is it as dangerous? 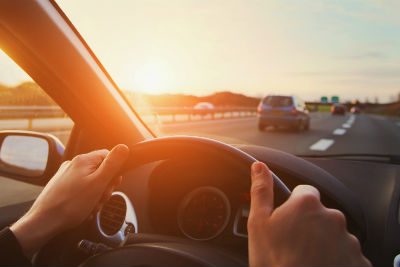 Distracted driving is becoming as dangerous as drunk driving. What it means is that more and more people are texting while driving.

People don’t seem to think that taking their eyes off the road for seconds at a time is a disaster waiting to happen.

Just like the drunk drivers who proclaim they have done it hundreds of times without incident, they’ll say they are good multitaskers. It’s not a problem in their mind.

Let’s take a look at how texting while driving is just as bad as drunk driving.

DUI stands for Driving Under the Influence. It can be the influence of drugs, prescribed or illicit, or drinking. Mainly it’s drinking and driving. In most states, the legal limit is 0.8 % of blood alcohol.

Even amounts less than that can impair driving. Reactions are slowed even when under the limit. Driving skills decline rapidly causing drivers to fail to recognize turn signals, maintain lane position, and delay braking.

You may think buzzed driving is not as bad as drunk driving, but you would be surprised at how to close to the limit that is. If you plan to drive buzzed, you will need to have a lawyer ready that specializes in DUI like Tassone, Dreicer & Hill!

What is distracted driving?

Distracted driving is most commonly used to describe texting while driving. Anything that can divert your attention away from the road is also part of the equation. Eating, drinking a coffee, or even talking to another passenger can also cause reckless driving.

This fact makes it just as dangerous as drunk driving.

It is predominantly teens who are causing these accidents. Teens are more likely to text than call. And, teens have been known as distracted drivers since long before cell phones were invented. Add the two factors together and it is a potent mix.

How to solve the problem

It can start by making sure that drivers understand the local laws regarding texting and driving. It is illegal in many states and carries hefty fines when caught.

Parents should also be a role model and never text and drive themselves so kids can follow suit. And, avoid texting when you know your kid is driving.

If you are tempted to text while driving, invest in a Bluetooth system to make calls using voice commands. It is still somewhat distracting to talk while driving, but it is much better than texting.