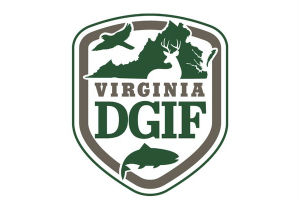 The Virginia Department of Game and Inland Fisheries confirmed Chronic Wasting Disease for the first time in Culpeper County in February. DGIF will hold a public meeting on Wednesday, Aug. 28 beginning at 7 p.m. at the Culpeper County Board of Supervisors meeting room located at 302 North Main Street, Culpeper.

In response to the recent detection of CWD in Culpeper County, DGIF has created a Disease Management Area (DMA2) that includes Culpeper, Madison, and Orange counties and variety of regulatory changes have been enacted within DMA2 to minimize the spread of the disease. Deer feeding is now prohibited year round in DMA2 and whole carcasses (and certain carcass parts) cannot be exported from DMA2.

Hunters that are successful in DMA2 on November 16, 2019, are required to submit their deer for CWD testing but hunters that harvest deer in DMA2 at any other time of the season are encouraged to submit their deer for voluntary CWD testing. In addition, Earn A Buck is now in effect on private lands in Culpeper County. These regulatory changes, in addition to other aspects of CWD management strategies enacted in DMA2, will be discussed at the public meeting on Aug. 28.

Additional information for individuals planning to hunt in DMA2 can be found at https://www.dgif.virginia.gov/wildlife/diseases/cwd/cwd-informationfor-hunters/

CWD has been detected in twenty-six states and three Canadian provinces. In Virginia, a total of sixty-eight deer have tested positive since 2009. This incurable disease, found in deer, elk, and moose in North America, is a slow and progressive neurologic disease that ultimately results in death of the animal. The disease-causing agent is spread through the urine, feces, and saliva of infected animals.

Noticeable symptoms, though they may not appear in animals for over a year and a half, include staggering, abnormal posture, lowered head, drooling, confusion, and marked weight loss. There is no evidence that CWD can be transmitted naturally to humans, livestock, or pets, but the Centers for Disease Control and Prevention advise hunters to test all deer harvested from known CWD-positive areas and to not consume any animals that test positive for the disease.

Regulations pertaining to CWD, maps of affected states, and information about CWD can be found on the DGIF website at: www.dgif.virginia.gov/wildlife/disease/cwd