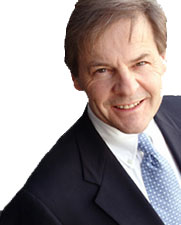 Virginia is the model of the citizen legislature. Delegates and senators are not full-time elected officials; most of us have other jobs. The House of Delegates and the State Senate meet for only 60 days during one year and 45 days during the next year. While legislative committees meet during the interim periods, most of us who serve return to regular jobs in our local communities. That being said, my approach has always been to remain actively involved in the issues that confront the state and the nation.

Most of us have been dismayed and outraged at the BP oil spill in the Gulf, and are attempting to draw lessons from what is clearly becoming a catastrophe. Our governor remains committed to offshore drilling even in the face of this massive failure of technology. As many of you know, I voted against several bills this year that would have encouraged drilling off the coast of Virginia, and the BP spill merely confirms my earlier view about the environmental dangers inherent in offshore drilling. It is unclear how much oil and gas are even in our coastal waters, and the construction of drilling platforms could compromise the Navy’s access to much-needed training facilities in the waterways. I remain open to technological innovation, but the BP disaster indicates that much work needs to be done before we can feel confident that offshore drilling will safely work for Virginia.

The actions of our attorney general continue to trouble me and many other members of the General Assembly. His effort to overturn the federal health care legislation is troubling. He was the first attorney general to file suit, clearly an indication that he wishes to be at the forefront of efforts to repeal the legislation. Many of the provisions represent a clear advancement over the economically unsustainable system that we have now. The new provisions will prohibit insurance companies from discriminating against people with pre-existing conditions, extend coverage to young adults who remain dependent on their parents until they reach age 26, and make tax breaks available to small businesses to help cover the cost of insurance. The prospect of nearly universal coverage, regardless of income, represents productive change in health care policy.

While Mr. Cuccinelli challenges the new federal health care legislation, perhaps his most disturbing initiative to date involves his efforts to undermine academic freedom by issuing a civil investigative demand directed at the University of Virginia, its researchers and its employees. If not confronted, this unprecedented effort to gather information before filing a lawsuit carries the possibility of discouraging elite researchers and scientists from coming to Virginia. This CID is just a thinly-veiled attempt by the attorney general to gather information to support his lawsuit against the federal government which attacks the science of climate change.

I recently initiated a letter signed by a number of attorneys in the General Assembly requesting that the attorney general drop his CID. A copy of this letter can be found here. The Board of Visitors will oppose the attorney general in court and will hopefully obtain judicial intervention to protect the scientists and engineers who otherwise would need to expend considerable energy in producing emails and correspondence that many thought would have been private. For a person sworn to uphold the Constitution, it is extremely ironic that Mr. Cuccinelli would attempt to undermine First Amendment rights of free speech in this way.