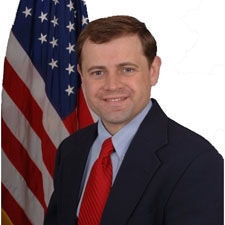 It seems to me that Tim Kaine is the logical choice for Virginia Democrats looking for a Senate candidate in 2012 – and I wouldn’t call myself a political genius for thinking that way.

The conventional wisdom isn’t stopping a group of Virginia Dems who are pushing recently unseated former congressman Tom Perriello for the 2012 nomination.

“From job creation to health care to energy, Tom Perriello has worked for solutions to America’s biggest challenges,” said Aimee Fausser, a member of the Albemarle County Democratic Committee. “While we’ll support whoever wins the Democratic nomination, Tom has proven that he can both rally the progressive base and earn the support of independent voters.”

A Draft Perriello movement has indeed sprung up. A Facebook group for the movement has more than 800 members, and hundreds more have signed a petition at DraftPerriello.com.

“Tom Perriello arrived in Congress just as the GOP’s failed economic policies, championed by George W. Bush and George Allen, were stripping America’s economy of nearly a million jobs a month,” said Lowell Feld, editor of BlueVirginia.us and one of the founders of 2006’s Draft Webb movement. “But instead of shying away from the crisis, Tom took the challenge head-on. We need more leaders like Tom in the Senate.”

My take: Perriello would be a wonderful choice for Democrats if Kaine, a former governor and lieutenant governor, decides against running. (Which I don’t expect will be the case.) I can make the argument for a successful Perriello effort even in the wake of his loss in November to Republican Robert Hurt given his strong showings in 2008 and 2010 in the conservative Fifth District. The formula for successful Democratic campaigns in Virginia dating back to Mark Warner’s 2001 gubernatorial win is do well enough in Southside and Southwest and then clean up in Northern Virginia, Richmond and Hampton Roads. Perriello could run that kind of campaign.

To me, if Kaine runs, it would make the most sense for Democrats if the race for the Democratic nomination is a one-candidate race. Republicans will clearly be bitterly divided on their side of the ledger. I think Kaine wins straight up against George Allen (who I presume will emerge from the Republican dustup as the GOP nominee) by 5-7 points, and if somehow a second or third option emerges from the Republican side who is more to the liking of the Tea Party base, then we could be talking a Mark Warner-Jim Gilmore-level butt-whupping in the making.

A Perriello challenge to Kaine wounds both, but Kaine still emerges to run in November 2012, and maybe Perriello’s career ends up being set back a few years.

Bottom line: I don’t see it happening unless Kaine steps aside. At which point the Draft Perriello movement gets to be very, very interesting.

More columns from Chris at TheWorldAccordingToChrisGraham.com.