Chase on road, foot, leads to apprehension in Augusta County 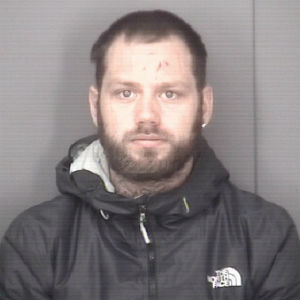 A Staunton man is in custody after attempting to flee law enforcement in Augusta County on Saturday night.

Cameron Travis Rutledge, 25, faces several charges related to the attempt to flee, driving on a suspended license and then additional charges for possession of a firearm and ammunition by a convicted felon.

The situation leading to the arrest and charges began with an attempt by an Augusta County sheriff’s deputy attempting to stop a vehicle on Long Meadow Road in the Waynesboro area for an equipment violation.

The pursuit ended after approximately 2.8 miles when the driver pulled into a private drive and exited a still-moving vehicle, before fleeing on foot.

As he begin to flee from the car, the deputy observed the male digging in his pants in a manner that led him to believe he may have a weapon. The pursuing deputy is a K-9 handler with the department and decided to deploy his K-9 partner, Arko.

Arko gave chase and apprehended the male driver, identified as Rutledge, approximately one mile from the car he abandoned; the foot pursuit led Arko and his handler over four fences and a river.

Rutledge sustained minor injuries to his legs and hands during the apprehension and was subsequently transported to the hospital for treatment.