Bernie Sanders to Trump: Gulf of Oman must not be used as pretext for war with Iran 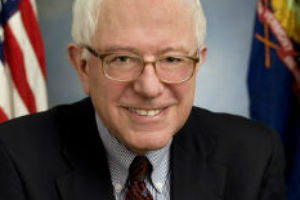 U.S. Sen. Bernie Sanders issued the following statement responding to an apparent attack on a pair of oil tankers in the Gulf of Oman, and to President Trump’s claim Friday that “Iran did do it.”

“Attacks on oil tankers in the Gulf of Oman are unacceptable and must be fully investigated. But this incident must not be used as a pretext for a war with Iran, a war which would be an unmitigated disaster for the United States, Iran, the region and the world. The time is now for the United States to exert international leadership and bring the countries in the region together to forge a diplomatic solution to the growing tensions. I would also remind President Trump that there is no congressional authorization for a war with Iran. A unilateral U.S. attack on Iran would be illegal and unconstitutional.”